In Sifu, fights with large groups of enemies can be difficult and most likely end in death. However, the protagonist has a pendant that belonged to his father with the magical ability to resurrect him after death, but this takes time, aging the character. Sifu’s aging death mechanic is an interesting gameplay element, but players only have a limited number of times they can die before failing a level.

Therefore, players still want to avoid death as much as possible, and for this they will have to learn how to live in group encounters. Players can learn how to block and parry in time, which will definitely help them survive. However, there is a much more effective defense option that can do wonders for keeping players from drowning, and one that players often forget about: running away.

Survival in group battles in Sifu 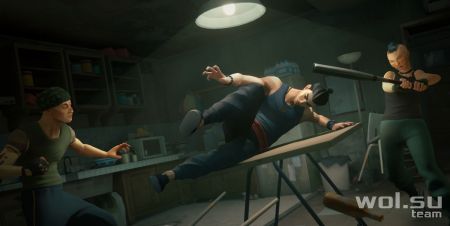 There is no shame in retreating in combat, because in Sifu it is more of a tactical retreat. After all, there is only one difficulty level in Sifu at the moment, so players must use all possible strategies to survive. If enemies surround the player, he can run across the territory, separating himself from the enemy for any distance. They can jump over objects, run around corners, or simply retreat to a safe distance. When one enemy gets close, hit him hard while there are no others nearby, and run again.

Thus, players fight enemies one at a time, rather than the whole group. In other words, they divide and conquer. Players can find weapons scattered around the area to use against their hapless enemies. Eventually, players will be able to use a takedown attack against the enemy, so they have one less thing to worry about. Repeat this as often as necessary until you win. This is a slow path to victory, but it suits most players, except for those who are trying to beat the game at speed.

In addition, it is better to destroy weak enemies first. Sometimes there are stronger ones among normal enemies, and they should be dealt with last, unless the player gets a few good hits. In short, the easiest way to survive against a group can be summed up in one word: don’t.