Tiny Tina’s Wonderlands retains some of the elements that previous Borderlands titles were famous for, such as over-the-top side quests rife with references and an almost endless amount of legendary loot. However, this Borderlands spin-off has some new mechanics that turn it into a completely new game.

One such example is the Chaos room, where players will loot most of the end-game gear and Mystic levels. But the Chaos Room in Tiny Tina’s Wonderlands is more than meets the eye, as it also features four secret bosses that players can defeat. These secret bosses only appear if the player performs certain actions while playing through the Chaos Room.

How to solve rune puzzles in the Chaos Room 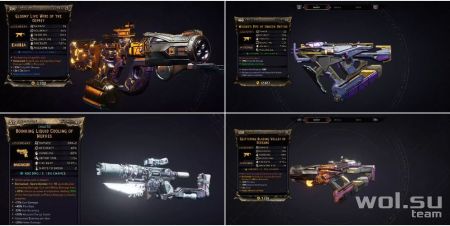 As you might expect, players will need the right gear to effectively defeat the Chaos Room’s secret bosses. The good news is that each boss has a specific elemental weakness: Frost, Poison, Fire, and Lightning. Take every elemental weapon (except Dark elemental damage) with you, and then players can defeat the bosses with ease. Melee weapons are not recommended as the bosses are constantly moving around the map leaving no room for melee hitting (although perhaps a powerful Hammerzerker build could help). With the appropriate equipment ready, players can begin the quest “The Exploit in the Chaos Room”. (Please note that normal or hard mode Chaos Chamber will not work if players want to summon all four bosses).

After completing the Chaos Wave, look for a rune (yellow, green or blue) on the wall. If the player hears a faint laugh, it will indicate that the Rune is nearby. Players should take into account that only one rune appears in each wave and that the runes appear randomly; for example, in one run, the player may first find a yellow rune, and the next, a blue one. Moreover, if the player fails the rune puzzle, they will no longer be able to summon that particular boss, and if they want to meet the Maker (Little Tina), they will have to complete all three rune puzzles.

Mystery of the yellow rune 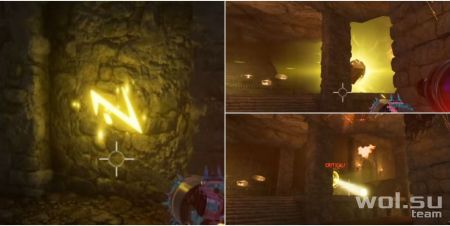 The Yellow Rune is perhaps the easiest puzzle to solve, as it basically consists of shooting at the brightly colored Yellow Orb. Once activated, players will need to quickly follow the yellow trail until it stops and turns into a large yellow orb. Be careful when shooting him, as he will emit a powerful beam of light that will blind the player and then move to another location. To avoid being seen, players can turn away or hide from the beam. After the ball has moved a third time, the puzzle will fail.

Players recommend using a fast-firing weapon like an SMG (obtained by killing bosses) to destroy the yellow orb. Once destroyed, the yellow orb will explode and summon Bunnydhog as one of the final Chaos Room bosses.

Mystery of the Blue Rune 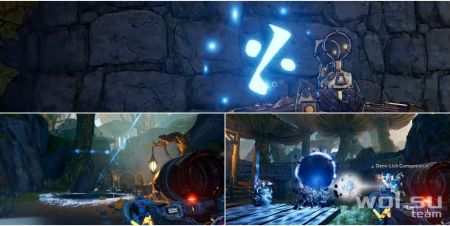 The blue rune is a bit trickier than the yellow rune, as it requires directing the wise creature towards the blue orb to activate it. Once activated, players must follow the blue trail until it stops and summons the three sages in front of the pool of blue essence. Players must then stand on the blue essence until one of the sages turns into a crystal ball. 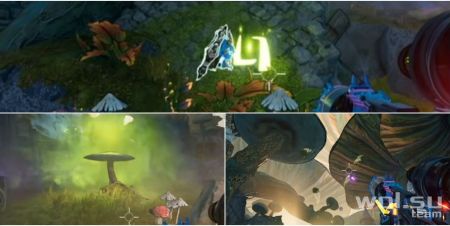 The Green Rune puzzle is perhaps the most difficult of the three, as players will need to shoot the orbs in a specific order to complete it. When the player reaches the point where the green path ends, they will notice a large green mushroom sprouting from the ground. Jump on it to activate a puzzle.

Some weapons, such as the Legendary Sword Blast Shotgun, are particularly good at destroying spores. Upon completion, Gavkenstein will be added to the final list of Chaos Room bosses.

How to defeat the four bosses in the Chaos Room

Once all the rune puzzles have been solved, it’s time for boss fights. The order in which the player completes the rune puzzles determines the order in which they will fight the Chaos Room’s secret bosses. Players will fight them one by one, and if they lose all their lives during the fight, they will lose all their Chaos Room Crystals, so be sure to fully prepare for the fight.

Bunnydhog, Keeper of the Sand 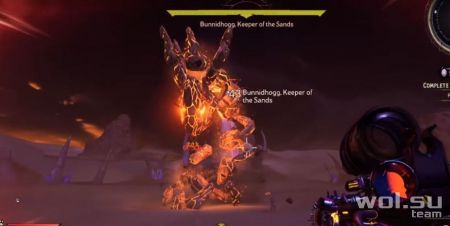 To fight this boss, players must use a poison elemental weapon, as Bannydhog is weak to this element. Players may notice that the Bunnydhog is very similar to the Vorkanar that players can fight in Crow Mountain.

Bunnyhog has several powerful attacks that can instantly destroy the player. He will create pools of lava near the player throughout the fight, so movement is a key factor in surviving the boss fight. In addition, he summons several large pillars that will damage the player if he is near them, so destroy these pillars as soon as possible. Finally, Bunnydhog will roam around the map in a snake-like motion with a yellow orb on his head.

As players might expect with the puzzle above, they will need to avoid looking at the sphere. Luckily, this yellow orb works exactly like the rune puzzle, as players can look away from its gaze to avoid damage.

Gloopatoth, Guardian of the Void 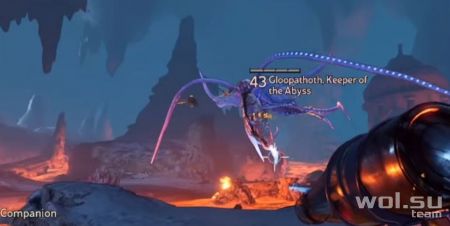 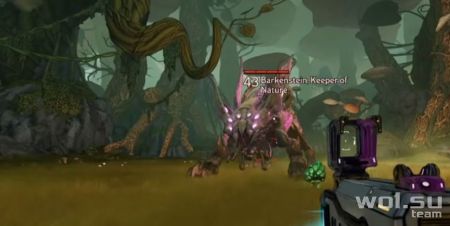 Finally, players should use weapons or fire-elemental spells here, as Gavkenstein and his mushroom minions are weak to fire. During the entire battle, Gavkenstein will release several spores into the air, which, falling to the ground, will turn into large clouds of poison. Players can interrupt this attack by shooting purple light at the spores (similar to the green rune puzzle).

Gavkenstein also has a powerful lunge attack that can knock the player down. Luckily, players can interrupt it by shooting the purple lights on the leg. Overall, Gavkenstein is the most difficult of the three secret bosses, so having a secondary class with skills that increase the constitution or power of the vord is a must. 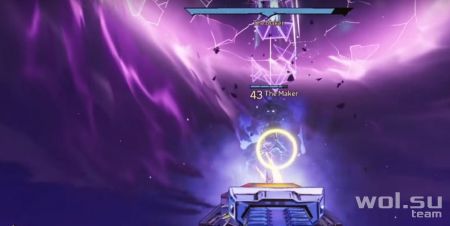 After successfully defeating all three bosses in one run, players will have to face the creator: Tiny Tina. While Tiny Tina can be damaged by Lightning Elemental Weapons, players should focus their attacks on the Void Rabbits that she will constantly summon during the fight. This is because if the player destroys one of the Nether bunnies, it will drop a rune that players can use in melee while facing Tiny Tina to damage her.

After Tiny Tina loses a certain amount of health, she becomes immune and calls D20. She then rolls a D20 and casts a spell based on that roll. According to ancient tabletop RPG rules, the higher the roll, the more damage the spell will deal. When Tina is ready to be defeated, she will teleport to the center of the map and start sending out shockwaves that can only be avoided by jumping (similar to the Dragonlord’s poisonous blast). During this phase, players will need to damage her with lightning weapons until she loses all of her health.

After players defeat the Shaper, she will drop several hundred Chaos Crystals and some legendary loot. Should the player wish to fight her or the other bosses again, they can do so by replaying all the rune puzzle steps. This is a great way to get gold and legendary loot.