There are many puzzles in Uncharted 4: A Thief’s End, each with its own unique twists, and the Clocktower is a unique puzzle to solve. The Zodiac symbols, which also appear occasionally in Uncharted 4, will help you solve this puzzle. The Clocktower puzzle also features high-speed climbing, and Nathan will really be in uncharted territory with a clever grapple.

How to find the puzzle in the Clock Tower 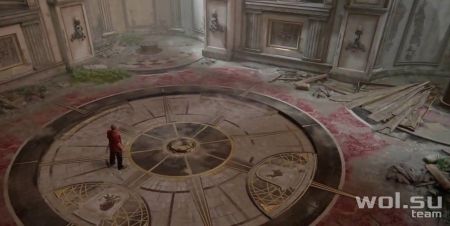 After entering the clock tower in Chapter 11 of Uncharted 4, there is a plinth on the first level that Nathan can interact with. At this point, Nathan will place a coin in the center of the plinth, causing four statues to appear. Each figurine is a symbol of the Zodiac that will appear on the floor around the plinth. After a short cutscene, open Nathan’s diary, which has numbers next to the Zodiac symbols that describe the order in which the bells ring, to enter the Clock Tower and continue the story.

How to get to the bells of the Zodiac 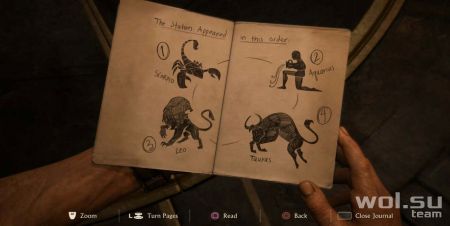 First of all, you need to climb the tower and get to the Scorpio bell. Use the grab button when prompted and head up the broken stairs. Climb up the platform, jump over to the next section, and then run into two large clock weights. Jump on the kettlebell, hold it as it falls, and then jump onto the platform behind it. In the next part, you need to show a little speed: as soon as Nathan grabs the next kettlebell, the kettlebell that Nathan is on will go down and the other one will go up. While the kettlebell is going down, jump onto the rising kettlebell. When he gets high enough to reach the platform, jump to the left and catch him. You will have to run to a higher level along the stairs, otherwise the platform will crumble under Nathan’s feet. Nathan will then see the gears spinning and will have to climb onto them by moving up and to the right.

How to ring all four bells of the zodiac 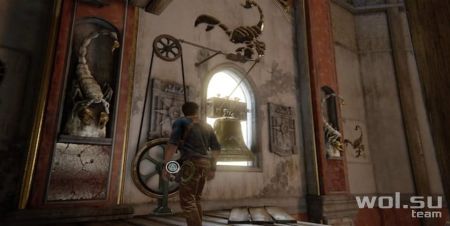 After passing through the gears and the one that requires a well-timed jump, go up to the platform to see the Lion’s Bell. Ignore the ringing of the Leo zodiac bell for the time being and continue, but remember its location. Climb up the gears behind the bell, climb up and to the left to the platform where the Scorpion’s bell is, and ring it with the nearby crank. To get to the Aquarius bell, a series of gears rotate down from the platform where the Scorpio bell is located, which Nathan can use. Move to the lower platform and ring the Aquarius bell. Leo’s bell is next in line, and to get to it from Aquarius, Nathan needs to jump through one of the holes in the gear to another clock weight. The weight will knock Nathan down, but move to the white ledge on the left, wait for the weight to rise again, then quickly move to a new ledge with a platform, climb up and ring the Lion’s bell. The Taurus bell uses the same route as Aquarius, but Nathan needs to jump onto the swinging bell that is visible from the Lion’s platform. Go around the swinging bell and jump to the opposite platform to ring the Taurus bell. After calling him, go up the new stairs located next to him after the cutscene ends.

How to ring the main bell of the clock tower 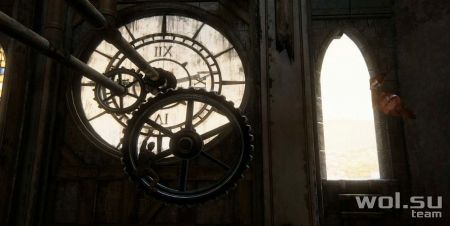 After climbing up the new stairs, the linear path will lead Nathan to a wall where he will jump onto a switch that will stop the large clock gear behind him. Quickly climb onto the mechanism and drop down to the platform on the upper left. Before heading outside, climb onto the mechanism next to the window and the clock hand outside will start to move. Move the clock hand to the 3 o’clock position, then climb out and use the clock hands as a path to get to the other side of the tower. Move quickly in a clockwise direction, as it will fall if Nathan lingers on it for too long. Keep going around the building to the last window and move up to the hole in the wall. Keep moving around to find the entrance to the tower and an interaction button with a large bell. The handle will break and Nathan will have to go to the left. Jump onto the bar and swing back and forth to ring the bell, starting one of the best action sequences in the Uncharted series. Then everything will go like clockwork, and a few high-speed jumps from one ledge to another will keep Nathan from death. A few key jumps are sliding down the gear to jump onto the round weight, and when the gear moves down fast, don’t stop jumping up the gear and eventually it will stop. Climb down to the floor using the grapple when prompted to end the chapter and complete the Clocktower puzzle.