Elden Ring is teeming with secrets and alternate routes for players to explore, allowing for exploration in either direction, regardless of the “correct order” of actions. It’s truly an open world game that doesn’t hold your hand or tell you where to go, and it’s entirely possible to skip entire sections of the game to access locations reserved for higher level players.

One of these paths lies between the Graveyard and Lake Liurnia. Typically in Elden Ring, players enter this western, flooded area of ​​the world by passing through Storm Veil Castle and Godric the Hundred-Handed. Using this strategy, you can skip this nefarious place (and its relentless sword-wielding birds) to instead go through another open area of ​​the world and get to Raya Lukaria faster. 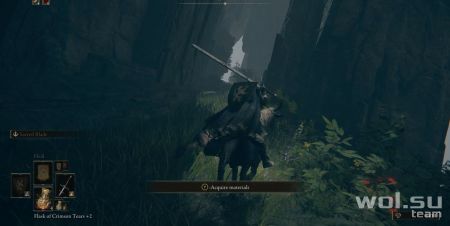 There are many reasons to skip Thunder Veil Castle, such as avoiding the swordsmen, who rival dogs and rats as the most annoying enemies of all time. Behind Thunder Veil Castle is a foggy, water-covered area called Lake Liurnia, which is also home to Raya Lukaria’s Academy.

Sorcerers and mages will find this shortcut incredibly useful as they will have access to a number of new sorcerous spells, staves, and other items and abilities that will improve the sorcerous build. While other builds won’t get the same benefit, Lakeside Liurnia is a great new open world leveling environment that helps a lot in defeating difficult bosses after returning to Thunder Veil Castle.

How to skip Storm Veil Castle 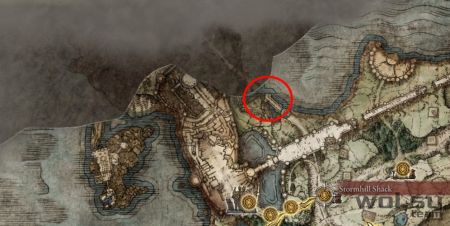 To skip Thunder Veil Castle, head to the Thunder Hill Shack, located a short drive up the road from the Gate through the valley with Godric’s Soldiers and Troll. From here, head straight north until you pass under a large bridge leading away from Thunder Veil Castle. After passing through the shading vegetation, you will come to another ruined bridge.

Here you can talk to Annie, who will tell you where a very important item is located. She claims that there is no bridge to Lyurnia and that Stormveil Castle can be reached through it, but in fact the bridge is not completely impassable. Go to the very end of the broken bridge and look down to see a series of ledges that you can jump down from. Climb down and move towards the cliff wall to find a secret path leading to Lake Liurnia and the Temple of Iryth without going through Thunder Veil Castle.