Aitor is a peacekeeper in Dying Light 2: Stay Human who can be saved if players make the right choice during the Aitor side quest. There are several stages to complete the quest and an important choice at the end that will affect later parts of the game. In order to start the Aitor side quest, players need to travel to the peacekeepers’ headquarters in the Central Loop Pier area.

How to save Aitor

Arriving there, Aiden learns that Aitor is in desperate need of medical attention following the attack in Old Villedore. Aitor’s doctor asks Aiden to visit a healer named Margaret to learn about medicinal herbs, despite his wife’s protests about using herbs to heal him. The doctor warns that the wrong herbs or dosage can poison Aitor. Players must make the right decision when using herbs to heal Aitor or he will either remain in a coma or die.

After talking to the doctor, players can fast travel in Dying Light 2 to the Fisheye Station and then travel to Calvert Island to find Margaret. A short skit will tell about Margaret’s backstory and why some people are against her medical advice. Against the wishes of her companion Gerard, Margaret advises Aiden to look for hermit grass, which can only be found at night, and give Aitor small petals to cure him. Margaret also warns that the large petals contain a deadly poison and players will need to memorize her directions for the rest of the mission. 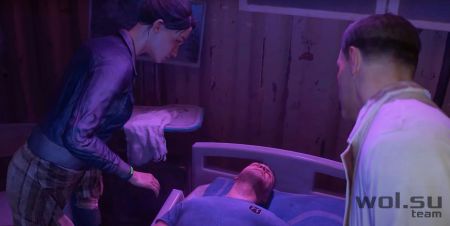 Lowen will tell Aiden that Recluse Herb can be found north of All Saints Bridge, so players can head to the marker there. In Dying Light 2, small petals can only be found at night. The petals glow brightly, making them easy to spot, and using the scan ability will allow them to be marked. There are chemical spills and infected in the area, but players only need to collect three herbs, so they can quickly run through and get everything they need.

Once the three small petals are collected, Aiden can return to Aitor and decide whether to save him or not. If Aiden tells Aitor’s wife that he went to Margaret, she will say that the healer is lying and trying to poison Aitor. However, Margaret was telling the truth, and the only way to save Aitor’s life was to give him small petals. As a result, other peacekeepers will learn about what Aiden did in Old Villedore, but this will not have a significant impact on the plot. Rescuing Aitor will also save Margaret’s life and she will return in one of the later missions of Dying Light 2.

Alternatively, players can give Aitor a large petal and kill him to prevent the peacekeepers from learning the truth. Killing Aitor will lead to Margaret’s death and other consequences later on. If players choose to inject instead of using herbs, Aitor will remain in a coma, but Margaret will live. If Aitor survives, he can be found later in the Fisheye and will give Aiden a reward for his rescue. The choice of what happens to Aitor may depend on which faction players want to join in Dying Light 2, but in general saving him provides the best reward.