Before approaching the dark fog in the underground chasm, Genshin Impact players must ring the two bells located on either side of the ruins. According to Fathuus’ diary, the ringing of bells clears the fog, announcing someone’s arrival.

After unlocking the fourth part of the Underground Chasm map in Genshin Impact, players need to ring two bells on either side of the ruins. The location of the bells is marked on the map, but there is a small puzzle that needs to be solved before people can ring the bell.

How to ring the first bell

The first bell is located northwest of the Nameless Ruins. Once the travelers get to this place, look for a lamp around the ruins. If players have energy on Luminous Stone Adjuvant, the lamp will light up and activate a wind blast. 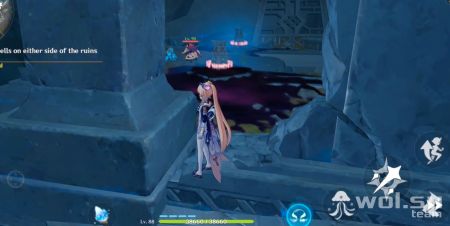 Sliding on the wind, find the Void Mage Pyro dancing around the dark mud. To make the next task easier, it is highly recommended to defeat the enemy first. 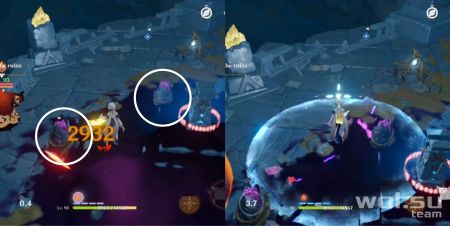 To be able to ring the bell, travelers must first destroy a few pink knots around the mud. This will clear the dark dirt from Genshin’s effects and remove the seal from the devices. When all devices are unlocked, two shadow husks will appear. 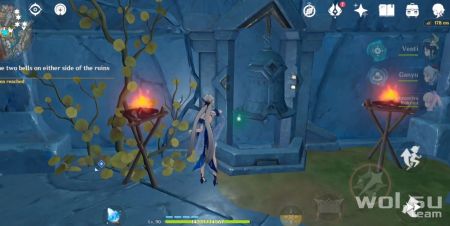 After defeating the enemies, players can ring one of two bells located on one side of the ruins. To ring the bell, travelers must hit it with a suitable attack. For example, the following methods are suitable:

How to ring the second bell 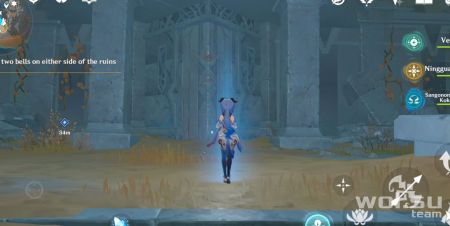 To get the second bell, head to the location southeast of the Nameless Ruins. There will be a ruin grader guarding the bridge. Once the automaton has been destroyed, players will be able to enter the ruins via stairs from both sides. 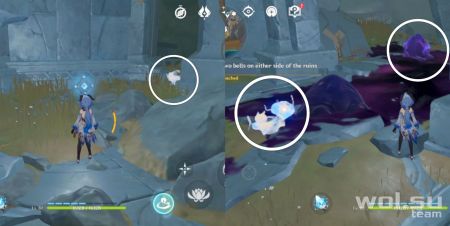 If the Travelers turn left and go up the stairs, they will eventually see the lamp and the Fairy. Follow him to find another Fairy and some Dark Mud. It is very important to clean the dirt as it will reveal the hidden lamp. 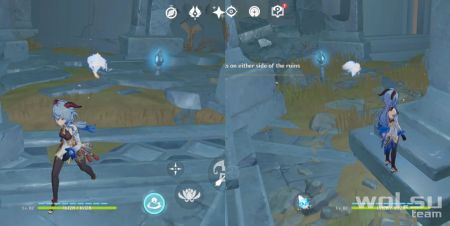 Players must now ensure that all lamps in the area are lit. To do this, you need to make sure that one Fairy remains near the hidden lamp, and the other – near the first lamp.

Then find an unlit lamp and approach it. Successfully completing this quest will result in a chest appearing. Opening the chest will release a stream of wind and another Seelie. 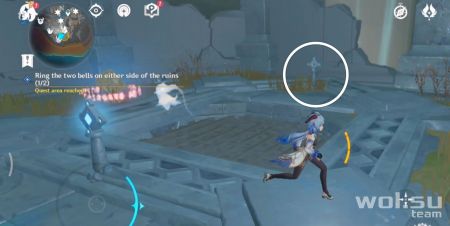 Follow the wind up and light the lamp in front of the Fairy. This will unlock the mechanism and allow the Travelers to enter the gate. 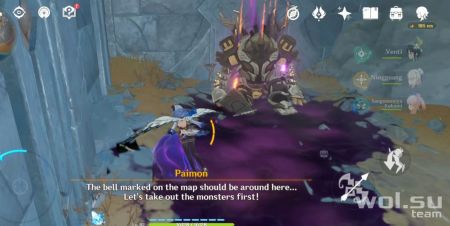 Keep following Fairy to find some more Dark Dirt and another Ruin Grader. The second bell is hidden behind the enemy.