Silver Impact, also called “Silver Disease” in V Rising, is a negative status effect that damages a vampire’s HP every few seconds. This effect occurs whenever a bloodthirsty adventurer comes into contact with silver metal or carries it in his inventory. The resources of this metal include Silver Ore or Silver Coins. While the detrimental effect of the Silver Disease is negligible if there are only a few Silver Coins in V Rising or an ore, over time the effects can be lethal to a vampire, especially if they possess large amounts of the metal.

Silver ore is needed to craft dark silver ingots, a material used to create powerful end-game gear, and silver coins are needed to trade with NPC merchants in Vardoran. In other words, silver is a resource that V Rising players will eventually have to interact with during their playthrough. While it is possible to travel with a load of silver and drop it frequently to heal before moving on, this mode of travel is cumbersome and time consuming. In addition, this method will make the player vulnerable to attacks on PvP servers.

Accordingly, the V Rising vampires will have to find a way to safely transport their silver through Vardoran. Fortunately, the world offers three ways to get rid of the Silver Disease, giving players immunity through Silver Resistance. What’s more, these methods can be used in tandem with each other, meaning that players won’t have to choose between cures for the Silver Disease.

Ways to increase immunity to silver in V Rising 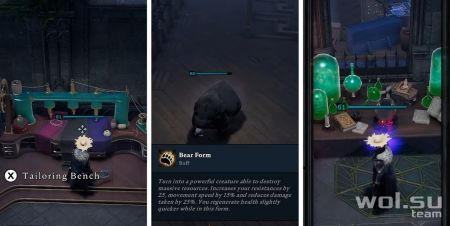 The first way is to transform into Bear, a creature form that increases damage negation by 25% and increases all resistances by 25, including Silver. To unlock the bear form, the Bloodsucking Adventurers must find and kill a Level 36 V Blood Carrier Dire Bear located in Bear Cave in the far east of Farbane Forest. This vampire power is a great way to carry silver coins in the early to mid game.

The second way is to wear clothing or armor that gives +15 silver resistance. Here is a list of clothes in V Rising that can remove the effect of silver:

The last way to gain immunity to silver in V Rising is to drink a drink that grants temporary resistance to silver. Below are two alchemy recipes that give this effect: