Many of the new features included in Sniper Elite 5 can be quickly unlocked if players quickly level up in a stealth-based game. Players will rank up naturally as they progress through the campaign and multiplayer modes of Sniper Elite 5. Level progression is not shared between single and multiplayer, so players will have to use different methods to rank up in each mode. As players progress through the campaign in Sniper Elite 5, they will have several options to quickly level up.

As players quickly level up in Sniper Elite 5, they gain access to better skills, weapons, attachments, and, occasionally, new skins. Players earn a solid amount of experience by completing story missions at a normal pace, but there are also additional tasks that can be completed to climb the ranks faster. Players who play Sniper Elite 5 at the speed of the Sniper Elite board game may need help gaining experience. Completing side missions, shooting at additional targets, exceptional stealth and participating in the Axis Invasion mode will allow players to gain a surplus of experience.

When players enter a level, they are greeted by an expansive map where they can roam and complete quests. The main tasks are simple and consist of destroying certain enemy targets throughout the map. In addition to the main objectives, players can complete a list of side objectives for each level. These side objectives include activities such as sabotaging enemy devices, collecting intel on the Axis powers, or killing additional targets. This gives players the ability to use the famous Sniper Elite 5 x-ray kill camera, or Fallout VATS on drugs as some call it. 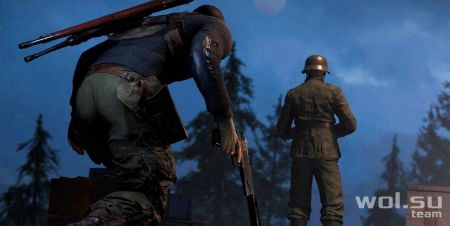 Sniper Elite 5 is the latest in a long line of stealth-focused games, which means the more stealth maneuvers players make, the more experience they earn. Each target or kill performed without warning anyone, including the target, gives players a huge experience boost. If players want to quickly increase their rank in Sniper Elite 5, using silent kills is a quick means to an end. Silent kills include attack methods such as melee grabs, kills with silent SMGs or pistols, and kills with long-range sniper rifles.