Cities: Skylines is free on the Epic Store this week, giving new players the chance to immerse themselves in the complex world of city management. In the seven years since the game’s release, Colossal Order’s city builder has gained a lot of popularity and remains one of the most popular games in the genre. Cities: Skylines takes players from the empty field to the sprawling metropolis, allowing them to micromanage every step along the way.

Roads are the veins and arteries of the city, and the biggest projects in Cities: Skylines can be stalled by traffic jams. To counter this, players will have to be smart about laying roads and building complex intersections to connect busy areas. However, the only way to have roads intersect without meeting is to build them over or under each other, so knowing how to raise roads in Cities: Skylines is a must. 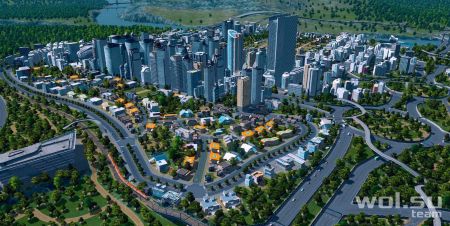 In order to lay a road in Cities: Skylines, players first need to switch to one of the road laying modes – straight, curved, or freeform. Whatever mode players are in, when using the tool, they will be able to see the blue outline of the road they are planning to build.

As long as this blue outline is visible, pressing the Page Up key will raise the road one level. If you press the key several times, the road will rise several levels, which is useful for large intersections. To lower a road again or create a tunnel in Cities: Skylines, players must use the Page Down key. For Mac players, the Function + up/down arrow keys work similarly. 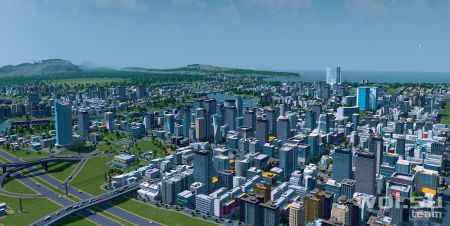 Players can hone their city management skills by clicking on the vertical bar next to road types. This will change how much the road will rise each time: the default road height is 12 meters, and the alternatives are 3 or 6. A road must be raised enough before it is allowed to cross another, as evidenced by its the outline will turn blue again.

In some situations, it makes more sense to lower the road underground rather than raise it up. This is especially useful when the terrain is uneven, when saving space for buildings, or when there are already several other roads in the area. However, digging tunnels is more expensive than raising roads, and could interfere with future projects like Cities: Skylines to lay subway tracks.