There are many currencies in Lost Ark, and pirate coins are one of those that players will be interested in as they progress through the game. One item that fans will no doubt want to purchase with this currency is the Resonance Song, which costs 16,500 Pirate Coins. While it may seem like a huge amount, it’s actually not that hard to earn pirate coins quickly in Lost Ark, and this guide details how to do it.

How to earn pirate coins fast

The easiest way to quickly accumulate pirate coins is to complete tasks on the islands, and most of this currency in Lost Ark can be obtained on the Isle of Freedom and in Black Fang Lair. Indeed, by completing the yellow quests on these two islands, fans can get more than enough Pirate Coins to purchase the Resonance Song. Players can then go on quests to other islands to fund additional purchases they wish to make.

If a Lost Ark player has run out of Island Missions but still needs Pirate Coins, there are several other sources they can use. Naval Events are perhaps the best of these secondary sources, and players can find the timers associated with these events in the Sailing tab of the Alert Settings menu. In the same tab, players will find events related to ghost ships, which also provide good opportunities to get Pirate Coins and Sailing Coins, which can be exchanged for Pirate Coins. 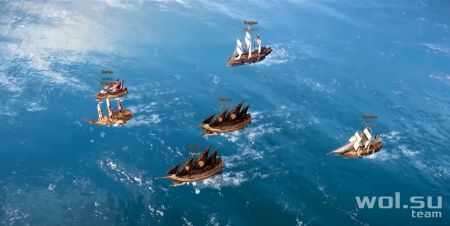 In addition, players can earn Pirate Coins by completing Una’s daily and weekly quests, as well as on Procyon’s Compass Islands. While these offers are more limited than the Naval Events, fans looking to amass a large amount of this currency should look into them when they become available. Perhaps these players will also want to spend some time fishing in Lost Ark, as pirate coins can be fished there, although this is of course not a very permanent way to get them.

In general, lovers of searching for pirate coins should first complete all the tasks on the island, as this is without a doubt the fastest way to get the currency. After that, players can start participating in various naval events such as Naval Events and Ghost Ships to replenish their needs. This strategy will allow players to easily obtain the Song of Resonance and Lost Ark’s Forest Minuet.