One of the main features of Tower of Fantasy is a “shared open world” that allows wanderers to play with their friends and explore vast regions together. Of course, the game’s main campaign can certainly be played solo, but by traveling through the varied terrain and fighting against numerous mobs and bosses, fans will have a wonderful social experience. Fans of Genshin Impact can meet up with other random players through multiplayer, but many will probably enjoy playing with their comrades in real life or online.

While Tower of Fantasy’s co-op system isn’t overly complex, there are a few conditions that must be met for multiplayer to work. First, the player and the friend they are trying to play with must be on the same server. It is not possible for someone playing on a server in Asia to join the world of someone in America and vice versa. To further clarify, the physical location or IP doesn’t matter, but the server that the player character is linked to does.

Further, playing with friends in Tower of Fantasy requires Wanderers to also be “in-game friends”. To add someone as a friend, select the Friends tab from the half-pause menu, and then select Search and Add. Here players can find their friends by their ID and add them as friends in the game. Once this is done, the Wanderers will be able to move on to the next step to play together. 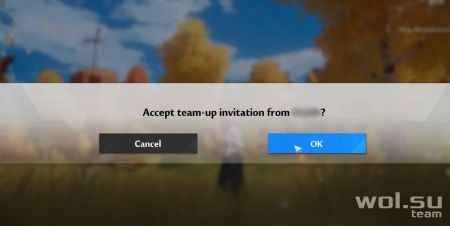 Now that both parties are friends on the same server in Tower of Fantasy, they can create or join each other’s lobby. According to the Gamers Heroes YouTube channel, this procedure is done by pressing the T key on the PC and selecting the small flag icon on the right side of the HUD to view two options: Create Team and Find Team. The first option will open the Lobby screen, where players can see their avatar as well as everyone else who has joined the Lobby. Select the hexagonal plus icon to view a list of friends available to invite.

Once Genshin Impact Fans are in a shared Lobby, both of them must travel or be in the team leader’s world. Please note that the status of a team leader can be transferred between players. Then select the small icon with two players next to the list of players in the Lobby at the top right to enter the team leader’s instance channel. Remember that both Wanderers must be in the same channel in order to see and interact with each other. After passing the loading screen, the player must be in the same world as their friends in Tower of Fantasy.