One of the unlockable characters in the action platformer MultiVersus is a familiar face: Superman. Unlike his Justice League ally Wonder Woman, Superman is not unlocked through gameplay, and players can only obtain Kal-El by spending gold in the in-game store. In order to get other unlockable characters like Superman or Arya Stark from Game of Thrones, players need to earn gold by completing tasks and objectives. However, players who want to dominate as a tank are better off getting Superman, as he has powerful moves that make him a formidable opponent.

MultiVersus is a game that can be played solo, with local multiplayer, online PvP and more. There are many playstyles and just as many options for the development of events for each character. Players looking to build Superman as their main fighter need to know what moves, attacks, and abilities are best for building this steel tank.

For 2000 gold, players can purchase Superman from the MultiVersus in-game store. Superman works best as a tank, so when playing 2v2 or in a big match, players should create him so that he can take hits and deal powerful damage. 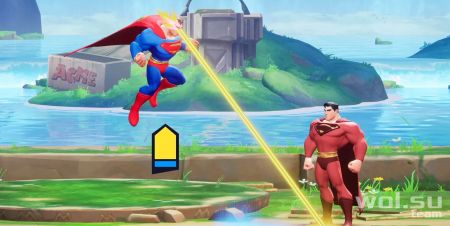 As a tank, MultiVersus Superman works best at taking damage and assisting teammates. He has decent attacks, so players should use moves that support his tanking efforts and deal decent damage. Here are his best moves:

Superman also has many perks, or special abilities. A player can have four perks active at the same time. There are two types of perks: branded perks, which depend on the MultiVersus character, and universal perks, which can be used by any character. Each character has two trademarks, which are unlocked at levels 8 and 10. Superman’s signature perks are Flame Reentry, which deals fire damage upon landing after a jump attack, and Snipe, which increases the range of the strike, dealing damage and recoil more the farther away from the target.