The pirate world is full of hidden treasures and people who want to steal them from you. Sea of ​​Thieves is a great game, but it also has dangers lurking at almost every step you take. Mostly these are environmental hazards, but sometimes on the high seas you will have to face another pirate ship.

Some pirates are friendly and all they want is to inspect your ship and possibly steal some of your treasures. However, most of them will be hostile and will try to take all your loot when they see your ship in the waters.

General awareness on the seas 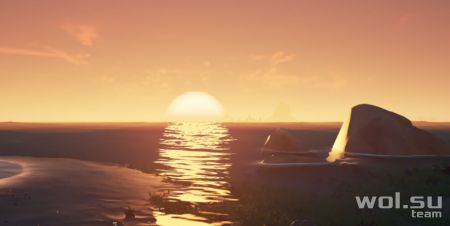 When you go solo sailing the seas, you have no other choice than a sloop. Although the brigantine can be very fast and give you an advantage, it takes much longer to raise the anchor and sails on this ship, which greatly hinders you in battle.

Traveling the seas alone, you will have to carefully monitor the environment. If you’re careful enough, you’ll be able to spot any pirate threat from a mile away, giving you plenty of time to prepare for combat and strategize how to deal with it.

If you sense danger around you, stay vigilant and be prepared for anything. Some people have a pirate code of not shooting first, but you can have your own code and you can shoot absolutely anyone in front of you. The first thing you need to determine is the size of the ship.

If you see a sloop approaching you, then you can potentially face another solo or duo. Three people if it’s a brigantine, and four if it’s a galleon. As a solo, you should never drop anchor. Instead, raise the sails all the way when you want to stop.

Tip: From time to time it’s a good idea to aim the cannon at the ship all the way and shoot yourself. In this way, you will be able to view the surroundings from above and notice any sails next to your ship.

How to practice shooting 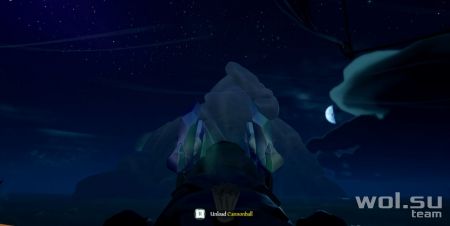 When you are in combat, the most important thing is to hit the target. You can have a million cannonballs and planks and lose the battle if your shots are inaccurate. Cannon shots are one of the hardest things to learn in Sea of ​​Thieves as they have a lot of variables.

After removing the Arena, there is no way to gain PvP experience without putting a lot on the line. So, here’s a little trick for practicing punches:

Tip: Another way to practice cannon shots without too much risk is to fight skeleton ships, ghost fleets, megalodons, and krakens. However, the probability of their appearance depends on the RNG.

How to prepare for battle 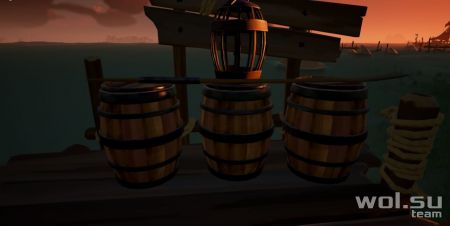 Once you boot into single player, the only thing you shouldn’t stop doing is looting barrels. It is very important to gather all the supplies from the outpost you spawn in and then continue to collect them on every island you visit.

You can also buy supply crates from the Trade Alliance docked, and if you’re the captain, you can load your ship even more. 300 cannonballs, 150 planks and a ton of food is what you should stop at when looting barrels.

Tips and Strategies for Solo PvP When you’re going solo against a duo, trio, or squad, you’ll need all the help you can get. To be successful, you need to be mindful, so here are some tips. 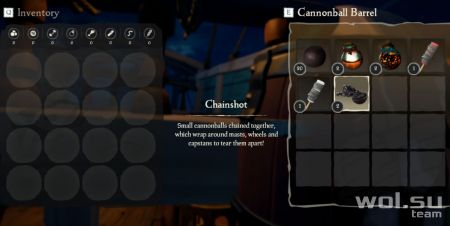 Cannonballs and planks are the main items that must be used in combat. However, chain shots, blunderbusses, incendiary bombs, and cursed cannonballs must also be used. You can knock down a ship’s mast with a single zeppelin shot, unless another sloop is up against you.

Damn cannonballs can go a long way if you have the right cannonballs. For example, a cannonball is ideal for a galleon, as many players leave holes in the top of the ship unrepairable. A few shots into the lower deck and the ballista might be enough to sink the galleon.

Likewise, each cursed cannonball has a specific function when used at the right time. Blunderbuss can be used to change the direction of a ship or to pull enemy players away from their cannons if you are on their wide side.

Use the environment to your advantage 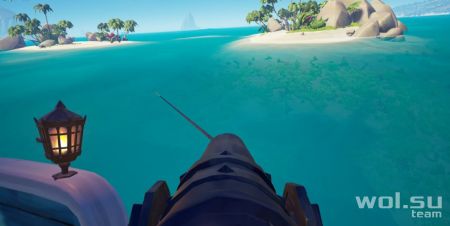 There are certain tricks with which you can deceive the enemy in battle and gain an advantage over him. One of them is the rotation of the harpoon. When you get close to an island or a rock, you can shoot the harpoon at the ground and then hold the secondary action button to pull the ship towards it.

This will allow you to make a sharp turn that your enemies will not be able to repeat, unless they also use a harpoon – but they have a very small window of time to react to this.

Also, if there is a fort nearby, you can bypass it and lure the enemy. Stay on the fort, letting your ship float around for a bit, and once the enemy gets close, use the fort’s cannons to rain hell on it without putting your ship in danger.

If you keep an eye on your surroundings, you can pull off a lot of these tricks that will take the enemy by surprise. 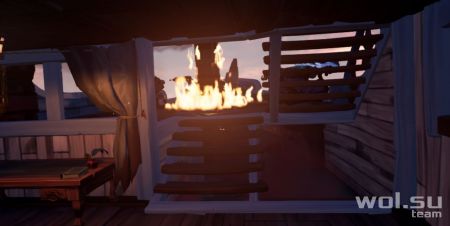 When you have to manage the whole ship alone, you will face a difficult choice. It is very important not to lose patience in such scenarios. For example, you might find yourself in a situation where your ship fills up quickly while it’s on fire and your ship has an enemy putting pressure on you.

Here, completely devoting yourself to killing the enemy would be the wrong decision. You need to focus on keeping your ship afloat and letting the enemy come to you when you’re ready to take them down.

Likewise, you will have to make decisions about when to stay on your ship and when to land on the enemy ship to put pressure on them. You also need to know when to back out of a fight and when to keep up the pressure. 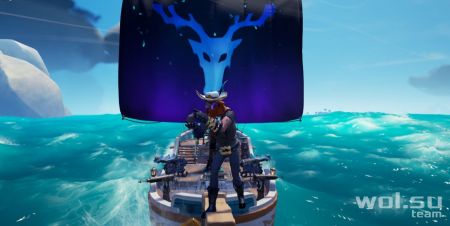 It is important to know your ship and be able to maneuver it in battle. There are several scenarios where a sloop performs at its best, and you need to make sure you fight on your own terms.

How to run away from PvP 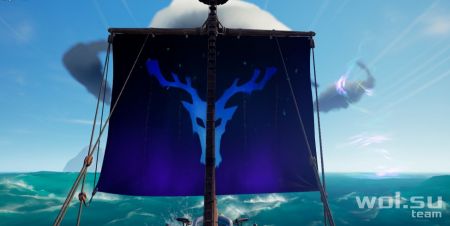 Like any other ship, you can run away from combat if you want. Sometimes, if you’ve spent a few hours on a certain task and earned treasure, you just don’t want to risk losing it.

However, escaping with a sloop is a bit tricky as there is only one scenario where you are faster than other ships. If you are being chased, turn your ship in the direction directly opposite to the wind – this can be seen from the white lines when you look up while on the ship.

Once you’ve done that, turn the sails straight ahead – this is called a headwind. In this case, the sloop will be the fastest, and no other vessel will be able to overtake it. While doing so, you can jump off the back of your ship and board the enemy to try to pin them down and slow them down even more.

If you get close to the outpost, you can hand over your treasures to the sovereigns at the dock and accept everything – they will also grant you the same amount of gold. It is important to note that sovereigns only deal with captains. Therefore, you will have to buy your own ship before you can do so.