In MultiVersus, Steven Universe is one of two characters in his show that players can unlock. Like other fighting platform games, MultiVersus brings together characters from various Warner Bros. universes, including Looney Tunes, Game of Thrones, Rick and Morty, Adventure Time and more. In addition to bringing in recognizable characters, both cartoon and real, MultiVersus plans to create new characters previously unknown to Warner Bros. franchises, such as Raindog.

Players can unlock new characters in three ways: by spending 3,000 gold, by using 700 Gleamium, or by using one character ticket. Gold can be earned by playing the game, completing missions, and completing tasks. Gleamium is a premium currency that can currently only be purchased with real money. Character Tickets are issued in Founder’s Packs, add-ons that players can purchase from their respective online retailers to complete the game.

Steven Universe is best played as a support character. The other support characters currently available are Raindog and Velma. Players who want to level up Steven of the Universe should take advantage of his ability to place obstacles and platforms that help allies. Steven Universe can also heal and grant armor while being both a support and a tank, like Wonder Woman from MultiVersus. 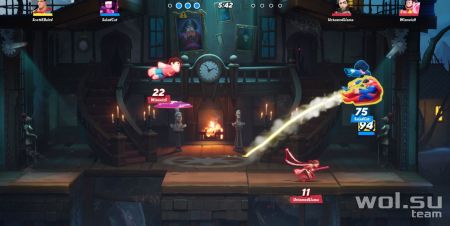 Players should focus on attacks and moves that serve as support. Steven Universe is best played in a team, as his main role is to help other players. Below is a list of Steven Universe’s best moves as a support fighter: