Thymesia follows in the footsteps of other Soulslike games with a focus on brutal, intense combat. The player can both dodge and parry attacks, and learning when and how to do both is vital to success. While Thymesia shares a lot of similarities with other games in the genre, its approach to parrying is unique and may be difficult for beginners to master. 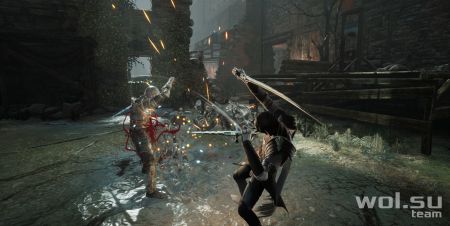 Parry works differently in Thymesia than in other popular Souls-like games, so veterans of these games will have to get used to it a bit. The most important difference is that there are two types of parry. Each of these parry types can be further modified through talents, giving the player much more control over their parry than in other games.

Dagger Parry is the simplest of the two, allowing the player to redirect an attack back at the enemy with a well-timed button press. The player can use this move to some extent due to his speed, but fast enemies will punish him for it. Instead, it’s always better to study enemies, learn their attacks, and parry appropriately rather than relying on a button press. Pressing the parry button right before an attack allows the player to parry any dagger attack, except for red-colored attacks, which are unblockable and pierce any parry. A successful parry with a dagger will reflect some of the attacker’s damage, but will not inflict a long stun animation on them, so even with the best weapons, the player can benefit from this.

Players can use talents to change the dagger parry time, making the time window either longer (to make it easier to parry) or smaller (to make it harder to parry). Each of these methods has a certain trade-off. A parry with a larger window reflects less damage, while a parry with a smaller window reflects more damage. The more confident the player is in his timing, the more damage he can turn against the attacker. However, even those players who find it difficult to time their shots are given a chance to fight thanks to this system, which allows them to hold out a little longer to admire the setting of the game. 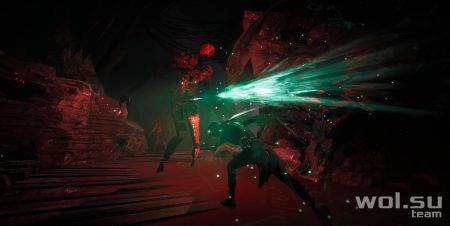 The second type of parry is the feather parry, so called because the player throws feathers rather than using a dagger to parry an opponent’s attack. Mechanically, a feather parry works the same as a dagger parry: the player presses a button the moment an enemy strikes, and parries them just before they strike. Feather Parry not only stuns the enemy, but also inflicts wounds on them, helping to get rid of some of the most powerful enemies in the game.

However, there are also strategic differences. The most important thing is that Feather Parry can only parry critical attacks (which cause the enemy to glow green). Throwing a feather also temporarily consumes it, and since the player only has three feathers by default, they cannot use Feather Parry in the same way as Dagger Parry. However, feathers recover over time.

Because feathers are thrown during this move, the player can parry enemies from a distance, eliminating the need to be in melee to interrupt an opponent’s action. The player can use talents to change the Feather Parry and also change this move to better suit their play style and physique. Overall, this combination of the parry mechanic and the versatility that talents provide makes Thymesia’s combat system much deeper than it first appears, giving it considerable replay value.