How to unlock the Chamber of Chaos 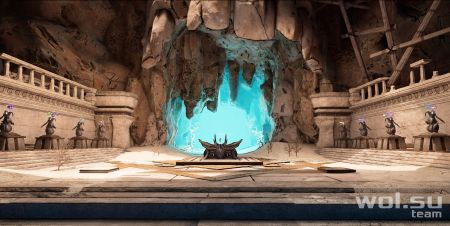 By unlocking the Chamber of Chaos, players can quickly travel to it, which contains end-game resources such as enchant re-leveling, a quick-change station, player storage, and vending machines. With so many important resources nestled into a compact area, the Chamber of Chaos will likely replace Brighthoof as the player’s central location. The only downside to the location is that unlike fast travel to Brighthoof, the hub city of Wonderland, teleporting to the Chamber of Chaos does not create a City Portal to return to the player’s previous map. But unless players are stopping by while exploring or scouting for the boss, they will likely prefer the convenience of the newly unlocked Chaos Chamber in Brighthoof.

How to get the most rewards in the Chamber of Chaos

Although the enemies in the Chaos Chamber drop loot, the main way to get rewards in this content is not by defeating enemies, but by the currency system built into each individual stage. The Chamber of Chaos will challenge players with mountains of challenging challenges that will push even the best Tiny Tina’s Wonderlands classes to their limits, and players will be rewarded with crystals. Crystals are a Chaos Chamber-exclusive currency that players can spend on loot. After defeating the boss of any particular quest in the Chamber of Chaos, players will find themselves in a room with a huge chest and a bunch of rabbit statues. Each rabbit statue is associated with a specific type of gear, indicated by an icon above their head, and they can be fed crystals to get that type of loot. Earned crystals disappear after leaving this area, so players must be sure that they have spent all the crystals before leaving this room.

Players earn crystals by completing quests and completing levels in the Chamber of Chaos. Players looking to get the most out of this Wonderlands post-game content can do so by choosing the correct portals at the end of each map during playthrough. To earn the most crystals, players should prioritize accumulating curses that the Dragonlord grants by defeating cards marked with his face icon. These crystals are negative modifiers that either weaken the player or make enemies stronger, but give the player an increase in the number of crystals earned. The higher the difficulty of the curse, the higher the crystal multiplier. After receiving at least two Medium or Hard Curses, players should use the ability to spend Gems at the portal that spawns Elites on the next map. These elite enemies will bring a lot of crystals, and when combined with curse multipliers, will significantly increase the number of crystals received during the passage.