There are currently eight stages available in MultiVersus, with some of them having variations depending on match settings and the number of players participating. This fighting game can be played both offline and online, and there are various settings that must be selected in order to organize a match. Stage selection can be made in custom games, and the map will be randomly selected from options that players check in a menu.

Including options, players will be able to try out 11 different stages in different game types. Unlike unlockable characters in MultiVersus, all stages are available at the start of the game. However, the available stages will depend on the match parameters, so the stage selection screen after determining the number of players and match parameters will have a limited number of options.

There are several different match settings that determine the available stages. Matches can be set up as free-for-all, 2v2, or 1v1, so two or four characters can participate in a match. Along with the game mode, players can choose the number of rings to win, the time limit, and all possible stages. Some maps are only available for 1v1 matches, while others require the participation of four participants. The stage will be random unless players select only one card in the selection menu.

All stages and requirements for match variants in MultiVersus 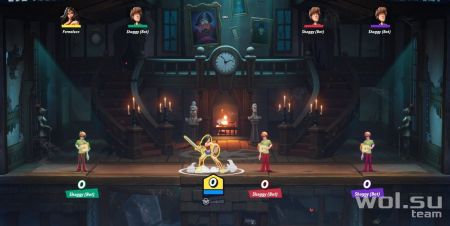 Each stage is associated with one of the characters included in MultiVersus at launch. The stages have a varying number of platforms, only some of them are thin enough to fall through. In addition, the stages may have certain objects that can be used, such as moving platforms, and there are even secret transformations that can be caused by interacting with the environment. For example, in Scooby’s Haunted Mansion, walls can be broken, and there are levers in the upper left and right corners that make parts of the floor disappear. Both transformations give players more options to knock out opponents. In order to access certain stages, players need to select the correct match options.