In Tom Clancy’s Rainbow Six: Extraction, players will be able to highlight enemy argali through destructible walls during an operation. It works like this: Rainbow Six Extraction operators are equipped with a UV flashlight on all of their weapons. This allows the player to walk or aim at a wall and see the argali through it.

The ultraviolet flashlight is able to not only see archaine enemies through walls, but also archaine nests. One of the key uses for bioluminescence is to detect nests through destructible walls. Players will be able to see a large glowing object when aiming at a nest through a wall.

After seeing the nest through a breakable wall, players will be able to shoot through the wall and kill the nest. Remember that shooting through a wall can have serious consequences. Depending on the type of weapon in Rainbow Six Extraction that players are currently using, it will affect how the wall collapses. 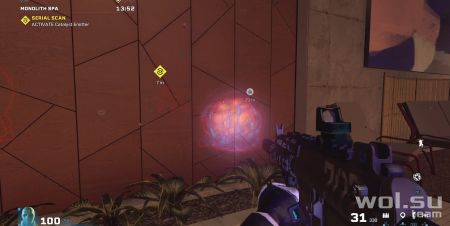 Using a shotgun or any other heavy primary weapon in Rainbow Six Extraction will result in gaping holes in the wall. This can allow players and arches to see through or walk through a wall. In addition, when shooting at nests, players will attract nearby enemies with a destruction sound. So keep that in mind when you use bioluminescence to destroy nests through walls.

Another useful way to use the UV flashlight is to highlight argali’s weak points as players continue to shine the UV light on the target. While this only works when players are looking at an enemy through a wall, it will allow them to shoot at weak points through walls, which can lead to a successful ambush.

Players should also note that the UV Flashlight can illuminate more than one target. The flashlight itself has a small diameter, but if there are several argali in the illumination zone, it will highlight all the weak points of the target. A strategy that players can use in Rainbow Six Extraction as a group is to have all three players look at the same wall with UV flashlights. This will allow the entire team to see a wider range of goals.