As players advance in V Rising, it will be beneficial for them to create dedicated workshop rooms to increase efficiency and productivity. V Rising is a top-down MMORPG that focuses on crafting and survival. As players take on the role of a vampire awakened from a centuries-long slumber, they will have to use crafting to craft items, upgrade equipment, and build their castle to face all the dangers that the harsh world of V Rising throws at them. Since players will have to invest heavily in crafting as they progress through the game, they will benefit greatly from increased efficiency by building special workshop rooms.

Exploring the land and defeating numerous enemies, players will collect all kinds of blueprints and recipes. They can be used to craft new equipment or build new structures at your base. Some structures, such as the “Workshop Floor”, can significantly increase the effectiveness of certain structures, as they allow players to build specialized rooms. To do this, players must secure the space with ramparts and a door frame, then cover the ground with specialized flooring.

Most blueprints and recipes in V Rising, as well as vampiric abilities, can be obtained by defeating bosses. Unfortunately, these bosses can present very difficult challenges and can sometimes be very difficult to find. To help players find these bosses, they can build an Altar of Blood in their castle. This structure will allow players to actively track the boss and preview some of the rewards they can receive by defeating it.

How to unlock the workshop floor in V Rising 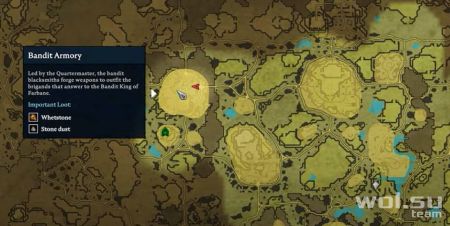 Unlocking the Flooring workshop in V Rising is fairly simple: players only need to find and defeat the level 27 boss, Grayson the Gunsmith. To find it, players can head to the Rogue Armory west of Farbane Woods, or use the Altar of Blood in V Rising. While this fight isn’t particularly difficult, players are advised to upgrade their Merciless Night Stalker set before starting it.

Defeating Gunsmith Grayson will reward players with the power of the Crimson Aegis, a Claystone recipe, and several blueprints, including a Workshop Blueprint that can be used to cover the floor in their castle room to create a workshop room. This room will reduce the cost of materials by 25% and significantly increase the speed of production. Some of the designs that would benefit from being placed in a workshop room include a woodworking table, a grinder, and a sawmill in V Rising.