Star Wars: The Force Unleashed is an action-adventure game set before the events of Star Wars: A New Hope. In it, players take on the role of Starkiller, Darth Vader’s secret apprentice. Starkiller’s journey across the galaxy to destroy the threats to the Empire takes him to a number of locations from the films and the expanded universe. Starkiller hunts down the surviving Jedi and uncovers the origins of the Rebel Alliance along the way, as shown in the first Star Wars movie, A New Hope.

Clash with the Empire 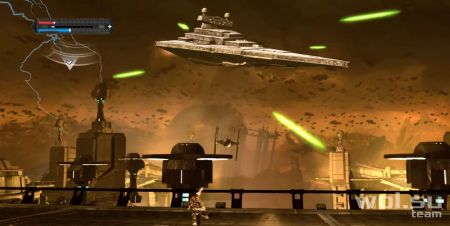 The Star Destroyer can be found at the end of Imperial Raxus Prime (Starkiller’s second visit to Raxus Prime). After defeating several stormtroopers and powering up the railgun by electrifying all four nodes on it, Starkiller will find himself face to face with an oncoming Star Destroyer and several squadrons of starfighters.

Using Force Grab and Force Lightning, players must first destroy all incoming fighters. Only when they were out of the way would Starkiller be able to attempt to destroy the Star Destroyer. Capture fighters move fast, but it will be easy enough for players to hit them with lightning. Once the fighters are out of the way, Force Grab can be used to grab the Star Destroyer.

Capture of the Star Destroyer 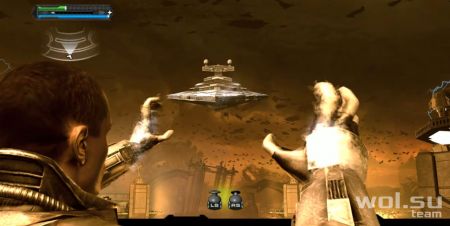 Use the analog sticks to move the Star Destroyer into position, then hold both sticks down when it is in place to start destroying it. After a certain period of time, new waves of fighters appear, so players should take cover if their health gets too low and then destroy the fighters before continuing the attempt (a lightsaber toss is also useful for destroying the fighters).

If both sticks are held down for some time, a scene will begin and the Star Destroyer will crash into the ground, cementing Starkiller’s status as the wielder of immense power in the Star Wars Legends canon.