Demon’s Souls pioneered multiplayer invasion, allowing players with internet access to enter other players’ games to duel. Increasing the complexity of the Soulsborne genre, these invasions leave no player safe in the world of Demon’s Souls.

Invading and successfully defeating the invaders gives players increased stats and world trends, unlocking unique quests and rewards for Demon Slayers who invest in multiplayer combat. However, not every player wants to participate in PvP, while others actively seek it. Therefore, in this guide, we will tell players how to invade other players and friends in Demon’s Souls.

Turn online in the game

Since the PS3 servers for Demon’s Souls closed in 2018, the only way to play Demon’s Souls on public servers is to purchase a copy of the PS5 remake, as well as a PlayStation Plus subscription and an internet connection.

Players must also ensure that their copy of Demon’s Souls is fully up to date by pressing the “☰” button on the DualSense when hovering over the game’s icon in the main menu; then select “Check for update” in the dropdown box and make sure you have the latest version of the game installed. 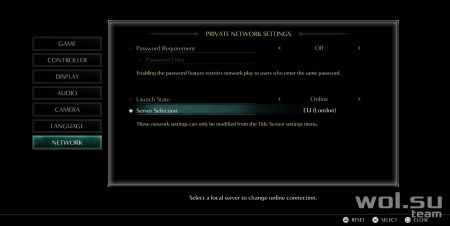 Now when players launch the game, they should have full access to the game’s dedicated servers. To check this, select “Settings” from the main menu and scroll down to “Network”.

If you have a PS Plus (or PlayStation Plus Premium) subscription and an internet connection, this page should be available. From here, people who want to play with their friends can set passwords to only join games with those using the same password, and gamers who want to play in other countries can choose the server of their choice.

To completely opt out of online play, switch to offline mode in the Launch Status tab.

In order to invade other players in Demon’s Souls, you must first obtain the Black Eye Stone by killing the Black Phantom. These enemies usually only spawn in levels with the Pure Black World trend, though some will spawn without it, such as the Big Club Black Phantom found at the bottom of an elevator in Tunnel City. The black phantom “Baby’s Claw” can be found guarding the door in front of the “False Idol” boss in the Prison of Hope. 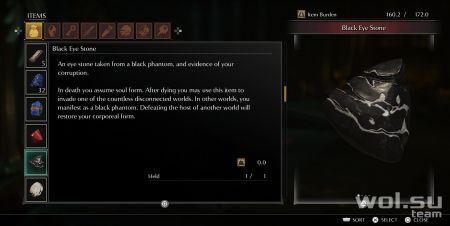 After receiving the Black Eye stone, you must go into the form of the soul, dying in the form of the body. This can be done by falling off the balcony in the Nexus so you don’t lose your progress in White World Trends.

Now players can invade alien worlds from almost anywhere in Boletaria. Popular invasion locations are near the arched stone at the Gates of Boletaria or at the beginning of the Temple of Storms.

Additionally, players wishing to fight in a more controlled environment can use their Black Eye Stone at the Ivory Tower in Latria for a chance to be challenged to fight the Old Monk boss.

To end the invasion ahead of time, use the “White Eye” stone, which can be obtained from the Maiden in Black after defeating the Phalangist Demon.