As gamers replay the various regions of Elden Ring, the sense of wonder and wonder may slowly fade as deadly surprises and unknown dangerous enemies become all too familiar. To solve this problem, fans of the game have released an unofficial mod for Elden Ring called “The Ascended Mod”. This mod will change the game by making it more challenging and fun for those who have already completed the base game.

As an unofficial mod, “The Ascended Mod” is only available to PC players and will require them to avoid playing online. This needs to be emphasized as playing online with the mod enabled will result in players being banned, as “The Ascended Mod” is intended for players who are looking for a new experience by playing exclusively offline. Players should also note that this mod is still in beta testing, so some bugs should be expected when playing with the mod enabled.

One of the most significant changes in The Ascended Mod is the physics and artificial intelligence of the enemies in Elden Ring, which significantly affects how players deal with familiar opponents. Many enemy debuffs have also been changed, and some of them will require the player to actively heal, or will last indefinitely or until the player dies. Finally, most of the in-game weapons, talismans, and armor have received new effects, making the process of unlocking them even more fun and rewarding.

How to download and install The Ascended Mod in Elden Ring 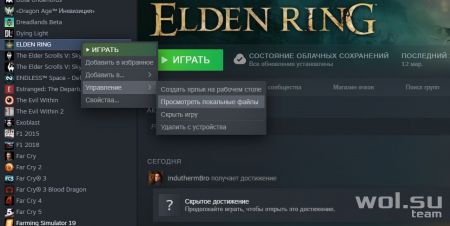 Since consoles do not support modding, this process is currently only available for PC players. First of all, players need to download and install the “Anti-cheat toggler and offline launcher” mod from the website Nexusmods. As a result, you will get a “.zip” file, which you must extract to the game directory, where the “eldenring.exe” file is located. To find this directory, players can go to the Steam Library, right-click on the game, select Manage, and then Browse Local Files.

After installing this mod, players should return to Nexusmods and download The Ascended Mod. Upon opening the “.zip” file, players will see a folder called “ModEngine”, the contents of which should be copied into the directory. After that, copy the “regulation.bin” file, which is located next to the “ModEngine” folder, into the same directory. Finally, double click the “launchmod_eldenring.bat” file in the game directory and run the game offline to enjoy a new, more challenging Elden Ring game experience.