One of the challenges for players in Ghostwire: Tokyo challenges players to hit the Outsider’s head from 40 meters away to unlock the “Sniper” trophy. Unlocking this trophy can be especially tricky given that the only ranged weapon in the game is the bow, but it can be done with a little time and patience. It is also difficult for visitors to hit the target from 40 meters, as they are constantly moving and often cover themselves with an umbrella from above. 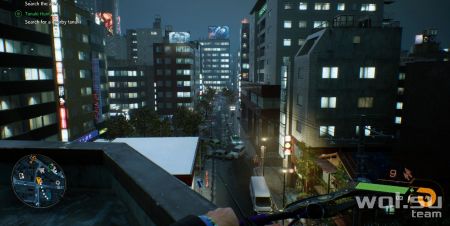 The good news is that getting the bow is part of the main story at the very beginning of the game, and Akito won’t need to upgrade his skills in Ghostwire: Tokyo to make the arrow travel 40 meters. However, players may find it useful to increase the size of the quiver so that Akito can hold more arrows, but this does not have to be done ahead of time. Also, for those who purchased the deluxe version of the game, the Shinobi Kunai will be used instead of the bow, but it will be just as useful for getting the Sniper trophy in Ghostwire: Tokyo.

Similar to the photo shown above, the first thing players need to do is find an enemy that can provide a clear distance of 40 meters from anywhere. For example, using the Tengu to climb to the top of a building, find the Visitor, and then use the first ability to slide in Ghostwire: Tokyo can easily provide enough distance if the roofs of the buildings are open. Some visitors, such as the Rugged Walker, have umbrellas that must be destroyed first. Use Akito’s Ethereal Weave to destroy the umbrella and then escape to a 40m perch from the top of another building.

Get in the head from 40 meters

Anytime a visitor is detected, use the custom marker on the map to determine their location and keep moving until the desired distance is reached. Because the arrow has a small amount of evasion in its flight path, players may find it more comfortable to shoot from above. In this case, Akito would still have to aim slightly above the visitor’s head, but the fall would be much more noticeable. When targeting any of the Japanese folklore enemies in Ghostwire: Tokyo, aim for no more than half the distance from the X center to the outer ring above the visitor’s head. From there, make the appropriate adjustment.

This shot can also be done on the ground in a long street, but it can be more difficult against patrons with an umbrella. Also, keep an eye out for visitors who are standing still in front of a doorway or car, and then it will be much easier to get the Sniper trophy in Ghostwire: Tokyo.