There are 51 achievements to unlock in the Saints Row reboot. By earning them, PlayStation players will earn the coveted Platinum trophy and Xbox players will earn some Gamerscore. Of course, those who play on Steam will also receive achievements, but, unfortunately, there is no special platinum for unlocking them.

For those Saints Row players who want to get every single achievement, they will eventually have to unlock the “Kidnapped” achievement, in which players will have to pull a pedestrian out of a car. Here’s how to do it.

At first glance, this achievement may seem simple, but in reality it can be somewhat complicated. 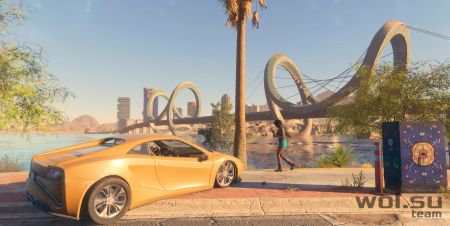 First, Saints Row players will need to find a car, and then look for a few NPCs that are walking around. The goal is to try to piss off the walkers as much as possible without directly killing them. If run over by a car, they can die if too much force is applied, but if hit hard enough, there is a chance to piss them off.

Not every pedestrian will engage in a fight, but if they do, players will know about it by looking at the mini-map in the corner. A red dot on the map means that the NPC is ready to fight the players, usually they put their hands forward as if they are about to start hitting.

When this happens, players must stay in their car and wait for the pedestrian to eventually pull them out of the car.

It won’t happen right away, so it might take a few seconds before they actually pull it out. If no pedestrians nearby seem to be angry, try moving to another part of the Saints Row map and pestering other people until they pull the player out of the car.

After the player is pulled out of the car, the achievement “Kidnapped” will appear on the screen, which brings players one step closer to 100% completion of the open world shooter.

If you’re looking for more things to do in Saints Row, be sure to check out our guide on how to unlock new fast travel locations.