Exploring the world of Thymesia can be quite a challenge. Not only do you have to go through the corridors overgrown with plague, footpaths, balconies and residential buildings, but also regularly engage in life-and-death combat. Being a plague doctor in this universe is a very difficult test.

There is so much to see and more to die for, but beneath it all lies a sense of discovery. Exploration is always rewarded, and returning from previously cleared locations to complete sub-quests is doubly rewarded. The thing is, sometimes the world wants to get you too, and that’s what happens in the Sea of ​​Trees.

What is the Sea of ​​Trees 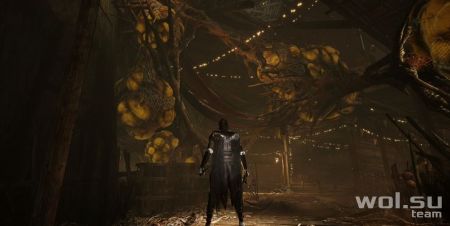 The Sea of ​​Trees is the first non-tutorial zone in Thymesia. As the name suggests, it is located in the forest, but instead of poking around in the thickets of the forest, you pass through a city built on the tops of trees.

Everything in this zone is tree-based in one way or another, whether it’s the landscape itself or enemy constructs that have gnarled projections protruding from their pale, cracked flesh. On top of that, there are bulbous cysts that exude deadly poison. 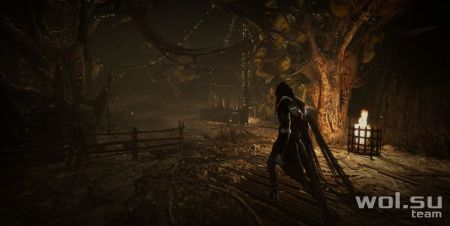 Poison in Thymesia is a death sentence. No matter what you do in the poison field, if you stay on it for more than a few seconds, you will die. First, you cannot encounter poison. Once you hit it, you will close your mouth and your movement will slow down. The bar will then quickly fill up.

How to deal with poison? 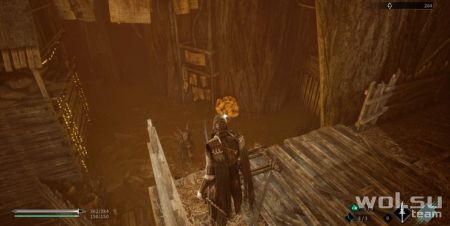 In addition to completely avoiding poisonous areas (which you will have to do from time to time), you can clear poisonous areas if you know what to look for. The venom often comes from large cysts that exist within the venom field itself. They are often hidden or obscured by the terrain, making them difficult to spot – but they are there.

Attempting to approach them will result in death 100% of the time, and they are all located out of range of your standard attacks, and you cannot move fast enough to close the distance. The trick is to use feathers.

Feathers are usually used to deflect critical attacks in high risk fights, however they can also be used as a low damage ranged attack. The cysts are low on health and three feathers destroy the cyst. Once the cyst is destroyed, the poison will immediately dissipate.

In some cases, you will have to enter the poison, and you will not be able to destroy the cyst. In this case, dodge the poison. You cannot run through the poison as it slows your movement, but your dodge/approach is not slowed or impeded. Use this to get through such areas quickly.

Also, cysts don’t respawn when killed, which means that if you’ve cleared an area of ​​cysts, they won’t be a problem anymore.