In Ghostwire: Tokyo, Akito needs to find a way to get more magatama in order to remove the skill block placed on several abilities in the Ability, Aetherweave, and Equipment trees. All combat, stealth, and mobility mechanics revolve around the skills that Akito has in his arsenal thanks to KK in Ghostwire: Tokyo. While skill points are used to upgrade all skills, weaves, and equipment, there are certain skills that require a magatama to use.

In particular, only the best skill upgrades in Ghostwire: Tokyo require a magatama. More often than not, locked skills greatly improve Akito’s strength, so it’s important to get as many magatama as possible. Unfortunately, getting a magatama isn’t as easy as the skill points that are earned each time Akito levels up.

Any skill lock can cost anywhere from three to seven magatama, and unlike skill points, only one can be earned at a time. This makes it difficult to upgrade each skill to its final stage, but the good news is that players can earn both skill points and magatama at the same time. In order to get the magatama, players will need to complete some side quests, which also grant experience and souls to help Akito level up quickly in Ghostwire: Tokyo.

All Magatama side quests in Ghostwire: Tokyo 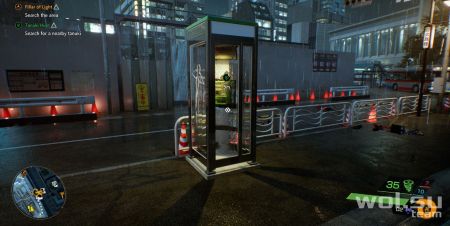 Not all side quests reward Magatama, but there is an easy way to determine which quests reward them, as well as all other items that Akito can earn from a given side quest. As players continue to explore the city, they will stumble upon various side quests from Restless Spirits or Ed, which can be started instantly by interacting with the respective green badge member in Ghostwire: Tokyo. Before starting any side quest, players must open their card and see which side quest they are about to complete. The map in Ghostwire: Tokyo will actually list the reward for this side quest before it is accepted.