Elden Ring is full of surprises. In virtually every corner of the Interearth, there is something to be discovered, or an enemy lurking in wait. Chests have long been a source of surprise attacks, such as arrow traps and facial expressions from Dark Souls.

Elden Ring has a new type of trap that, when hit, teleports players to another location in the world. Teleport traps can be found throughout the game, and their location is not randomized. One teleport trap, located at the very beginning of the game, transports players to the far east of the map to the Sellia Crystal Tunnel, opening up a new area to explore and advance. 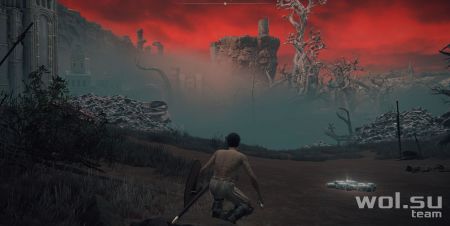 Each portable trap in Elden Ring is tied to a specific location, so every time you fall into a trap (unintentionally or intentionally), you will be sent to the same place. Most of these locations are very far from the trap itself, and there is usually a Place of Lost Grace near them, where players can rest and quickly return.

A portable trap leading into Sellia’s Crystal Tunnel sends players to a rickety hut far to the northeast. After leaving this tunnel and finding the Place of Lost Grace, players can escape and return to the mainland, but there are plenty of reasons to stay and look around. It’s not a bad idea to deliberately fall into this teleporter trap in order to see more of the vast world of Elden Ring. 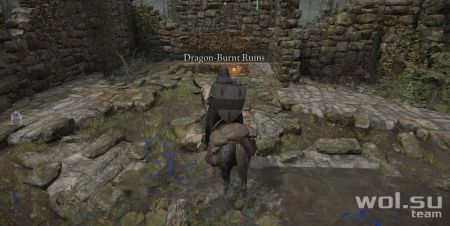 The first portable trap in the game is in the Graveyard. From the Place of Grace “First Step”, the first open area, head to the lake in the northeast. At the edge of the lake, you will find a location called “The Ruins Burned by the Dragon”. There are a bunch of weak enemies here that seem to praise the dragon Eghil if you go too far into the lake.

Look for stairs leading down, which should lead to a chest. There are two such places in the dragon-burnt ruins, and one chest holds the Twinblade. Another will spew mist when the player opens it. If you stand here for a second or two, you will see a message stating that you are trapped and you will be transported to the Crystal Tunnel of Sellia and Caelid.