The second parkour challenge in Dying Light 2: Stay Human is nothing like the first. It is shorter and allows players to reach all the checkpoints in any order. It may seem easier, but don’t let Aiden’s angle of freedom fool you: this route probably requires more clear cut than even the first one. 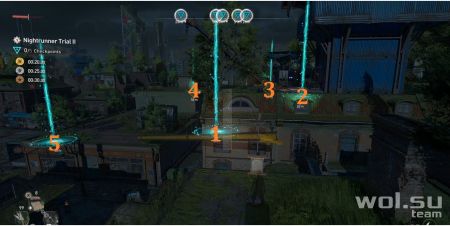 The idea is that Aiden will need to make a very specific circular loop, counter-clockwise, from right to left, getting to the first point in front of him. It may be tempting to move to the left and get to a closer point first, but due to the decrease in altitude, it will be impossible to win unless players have better parkour skills unlocked. 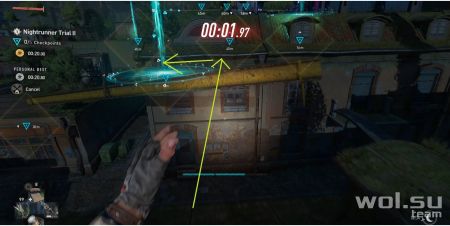 For the first jump, jump onto the beam to the left of the checkpoint. If players haven’t leveled up their parkour experience, they won’t be able to go straight to the point without having to pull up, which wastes valuable time. 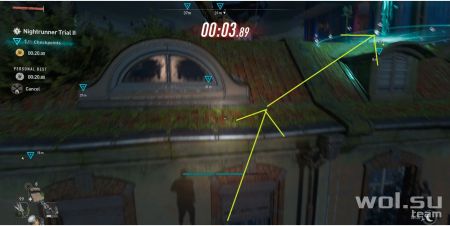 The distance between the first and second point is very small. Jump to the roof and avoid the windows.

The windows force Aiden to make a climb animation that takes a bit longer than climbing up the steep part of the opposite roof. Pass between them and get to the control point. 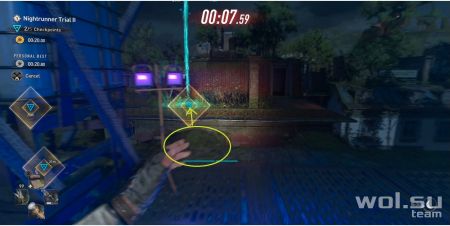 The path from the second to the third is easy, but it is important to jump from the top of the moss-covered raised window. Again, the extra height allows Aiden to land on his feet and prevents him from getting stuck on the corner he jumps to. 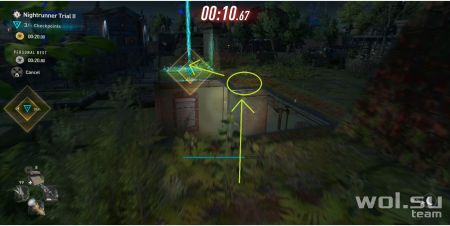 From now on, Aiden has three options, and two of them are wrong. He can run on the right side, which will take too long. He can also run straight to the fourth checkpoint, which will force him to pull up.

The ideal option is to jump onto the extended part of the roof to the right of the point, and then run a few feet to get to it. 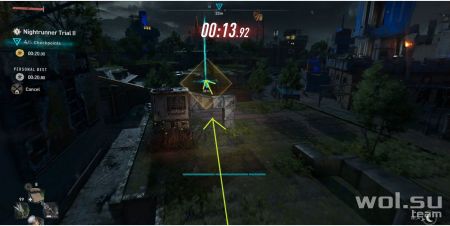 The last part is the easiest, although it is time-consuming and easily distracted. Do not be distracted by the ventilation ramp on the right or the air conditioner in front. Aiden can walk right under the shaft without having to duck. After that, jump on the lamppost and enjoy the gold medal!