Pets in Lost Ark are useful companions as they provide players with in-game benefits such as autoload and combat bonuses. Players can get multiple pets for free in a few easy ways. The first and easiest way to get a free pet is to complete the Pets quest. To unlock this quest, Western players in Lost Ark must reach a certain point in the main story where they return to their starting city when it is under attack. Upon completion of the action sequence, a new NPC will appear in the city, who will give the quest “Pets”, by completing which you can get a white rabbit.

Another way to get free pets in Lost Ark is to purchase a Power Pass Token, which allows players to actually skip the entire main story and level up process to level 50. The Power Pass is a free feature that fans will unlock after completing Ealin’s Gift, the final quest in the North Vern storyline. Northern Verne is the eighth zone, available after completing the previous regional quests. After completing the base content, Lost Ark players in the West will be able to receive the Vern Power Pass token, including another Power Pass once they use their first one.

After activating the Power Pass in Lost Ark, players can take part in several optional tutorials and guides for their alt character. Completing the second guide, Path of the Adventurer, will provide fans with a choice of Sebastian pets to choose from. However, there are other ways to get free pets in Lost Ark.

How to get pets for free in Lost Ark 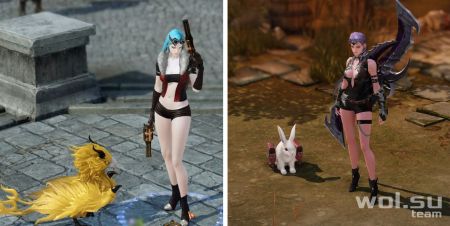 The third way to get a free pet in Lost Ark is to participate in the Twitch Drop campaign. The promotion will run until March 1st and will provide players with free rewards if they watch eligible channels for 4 hours for each in-game item. Players should remember to only watch channels that have “Twitch Drops”, as channels streaming the game without drops will not provide rewards to Twitch viewers of Lost Ark.

To receive Twitch Drops with free Lost Ark pets, first visit the game’s official Twitch page to link your Steam account to activate the drop. Players must complete the required viewing time to receive their items. After that, they will need to log into the game and open the in-game mail in order to receive free pets. During this Twitch event, players will receive the Moroccan Choice and Helgai’s Choice chests. After opening the chests, players will be able to choose from several color options for two pets.