Part of Grounded’s appeal comes from the game’s sense of scale. Ordinary yard elements are transformed into towering landscapes, and everyday pests become a deadly threat.

The scales are tilting against the player, and he will have to look for any advantage in order to survive. But if some resources in Grounded can only be found on dizzyingly high branches, then one of the most important resources can be found, quite appropriately, on the ground.

In Grounded, players will have to build fortresses to protect themselves from wild insects and other environmental threats, and the easiest foundation to build is clay. While there are things that are more of a priority, such as crafting one of the Grounded axes, players should start stocking up on clay relatively early.

Where to find clay in Grounded 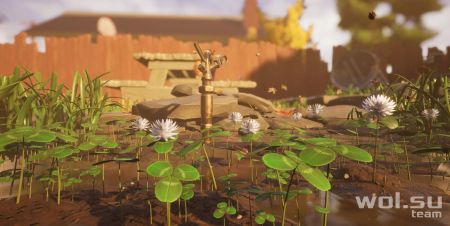 Luckily, the world of Grounded has a relatively high amount of clay. However, the largest deposits of clay are found in the flooded Grounded biomes. Players generally find clay most often near wet areas. The following are the areas in which clay appears:

Please note that Obsidian is constantly adding new areas to the game, such as the barbecue spill in the latest Grounded update. This list may become incomplete as the game approaches version 1.0.

Players will find clay deposits in the form of shiny, light brown rocks large enough that players can’t just pick them up and shove them into a bag. It needs to be divided into manageable chunks. Each knot of clay, when broken, yields six units of clay.

All the player needs to break the clay is an acorn shovel. In the game, the player can find a blueprint for a shovel by simply analyzing any acorn. It can be crafted into a shovel with two springs, an acorn shell, and coarse rope made from Grounded plant fibers.

How to use clay

As already mentioned, clay is mainly used for base building. In addition, it can be used to make jewelry and several useful items. Listed below are all the items that use Clay in their crafting recipe:

One final note: although clay and pebble foundations perform similar functions, the latter is more durable and better resists insect attacks. If the players have free stones, it is a good investment to strengthen their base.