The Grappling Hook is one of the Night Runner tools you get in Dying Light 2: Stay Human. You will gain access to it during the mission called “Broadcast”. Here is our guide to help you understand the Grappling Hook upgrades and how to use this item effectively.

As previously mentioned, the Grappling Hook can be obtained from the Broadcast mission in Dying Light 2. It’s a very long game that can take over an hour, but you’ll get it halfway through (I won’t spoil it).

Using it is actually an integral part of the mission, as your main goal is to get to the top of the radio tower in order to activate it. Make sure it is equipped in the “Accessories” tab and press “1” to switch to it. Then press the middle mouse button when the reticle is on a suitable surface. 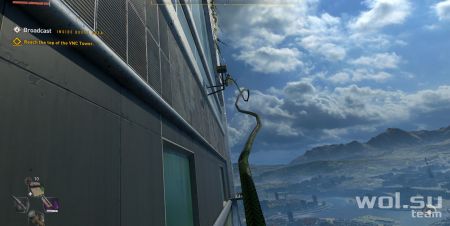 The grappling hook can be used on a variety of surfaces including walls, lampposts, ceilings, beams and more. In some cases, you will even have to press the middle mouse button again so that Aiden can hook onto something when the hook breaks away from the previous object. Be aware that Aiden loses stamina when using the grappling hook.

Below you will see upgrades for the grappling hook in Dying Light 2. You can get them from Artisans. I would suggest going for the paraglider upgrades, but you can still take the first Grappling Hook upgrade if you have Military Vehicles in stock (you can ignore the UV flashlight for a while). 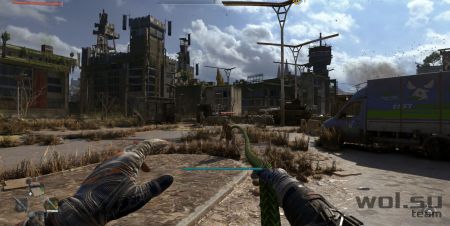 Enhancement level and effect Cost Adds the ability to attach to surfaces and gain additional speed in that direction. 2 military technologies and 2000 old world money