The paraglider is one of the night hunter’s tools that you get in Dying Light 2: Stay Human. You will gain access to it during a mission called A Place to Call Home. Here is our guide to help you figure out how to upgrade your paraglider and how to use it effectively.

As mentioned earlier, you get a paraglider during the “A Place to Call Home” mission in Dying Light 2. Lowen hands it to you and asks you to follow her through the buildings of Villedor. Unlike other Night Runner tools such as the grappling hook and UV flashlight, this paraglider does not need to be placed in inventory. Instead, just jump from a higher viewpoint and press the Z key. After half a second, Aiden will release the paraglider and fly away.

You can also use vents located on buildings or on the ground. If you are already paragliding, flying past the vents will take you up into the air. Also, if you are on the ground and standing on an air vent, you can press the Z key twice to turn the glider around and fly higher. This is very useful if hordes of the undead are chasing you.

Note: using a paraglider drains your stamina. Make sure you can land safely or find vents to restore it. 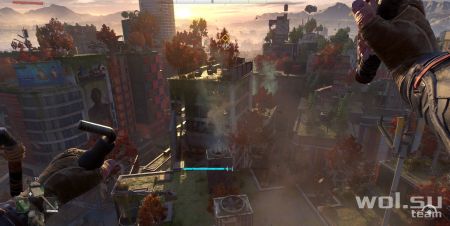 As for maneuvering and control:

Below you will see Dying Light 2 paraglider upgrades. They can be obtained from the Craftsman. I can’t stress enough that this is the only Night Runner tool you should prioritize when it comes to upgrades. 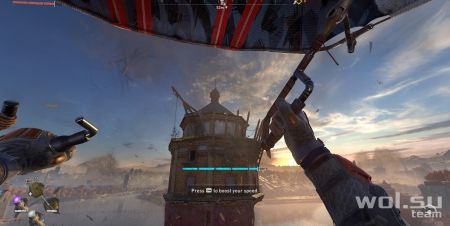