In Vampire: The Masquerade – Swansong, Galeb is tasked with tracking down Jason Moore, an accountant who manages a vast array of related businesses and financial affairs while the sun is shining. Finding him and recovering any incriminating documents he may have is very important to the local prince, who sent Galeb to find him.

When Galeb arrives at Jason Moore’s apartment, a police search is already underway. It looks like Moore was beheaded in the lobby of his own house shortly after the disastrous party that started the main story. Observant players will note that he must have been at the party, as it was one of his bodyguards who sent the red code. There are also signs of the presence of a ghoul in the vicinity. 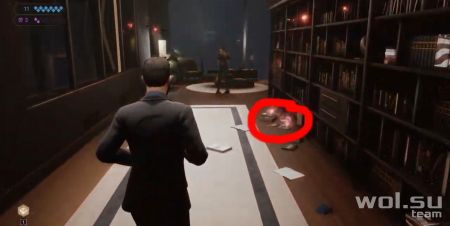 After investigating the ghoul’s presence and heading upstairs to a corridor lined with bookshelves, players will come across a home security company catalog, indicating that Moore may have been shopping.

Further exploration of the kitchen and dining room will reveal Lydia’s planner, which contains a cryptic message crucial to finding the secret room: “In case of emergency, call: PURA VIDA.” 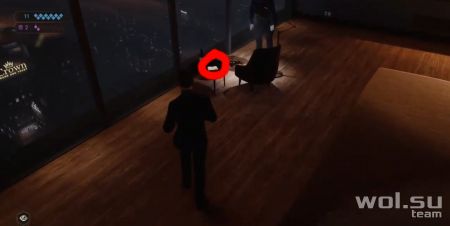 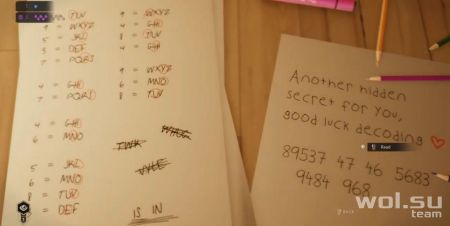 This message initially appears to indicate that Lydia is the emergency contact residing in their second home (called PURA VIDA), but it actually has a secondary meaning.

Explore June’s room to find a substitution cipher on her desk that she uses to communicate with her friend. By running PURA VIDA through the cipher (using a little guesswork and/or deduction to figure out that ABC = 2) you will find out the code 78728432. 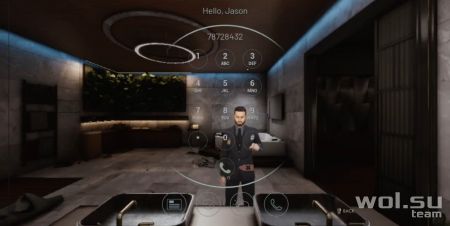 Finally, following the blood drops on the floor outside, go to Jason’s bedroom and then to his bathroom where he has a smart mirror. The phone app on the mirror allows Galeb to “call PURA VIDA” using the code 78728432, which opens the door to Jason Moore’s secret panic room.