Vampire: The Masquerade – Swansong offers the three protagonists many challenges to face throughout their journey. At the beginning of the story, Leisha finds herself in the office of Jara Drori, whose locked laptop may contain useful or even vital information. This guide will explain how to crack the code to Jara’s laptop and gain access to the information stored in it. 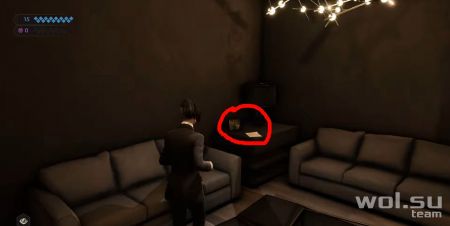 Leisha’s first playable episode in the game begins in Jara Drori’s office. The prince instructed Leisha to investigate the primordial and uncover possible conspiracies. To do this, Leisha needs to search Jara’s office as carefully as possible. Jara’s locked laptop sits on her desk, and players will need to find a password to unlock it (or they’ll need enough tech skill to crack the laptop and completely bypass the lock).

Jara’s password can be found hidden in plain sight near the entrance to her dwelling. Players should return to the door leading to Jara’s residence and look to the right to find a note next to the photograph. The note talks about an important moment for Jara, and looking at the photo, you will see the year written on it in large letters. Go back to Jara’s laptop and enter the code to access her email.

For those who want to jump straight to the part where the code will be revealed, you should check out this section. The password for Jara’s laptop is 1841. Judging by the note, this date has something to do with Jara’s sire, or possibly another vampire she was close to. Regardless, entering 1841 on her computer will unlock it and resolve that part of the game’s campaign.