In Stray, the nightclub can only be entered after the players steal the atomic battery from the Neco Corp factory and decipher the mysterious message left by Clementine in her apartment. Getting inside the club is also not easy, as the entrance is guarded by a bouncer. But if the Cat talks to one of the robots standing in line, he will know that there is another way inside.

Once inside, players will see many companions having fun, but Clementine is nowhere to be seen. Later it turns out that the Outsider is in another part of the club. Before you leave the nightclub, don’t forget to collect all the memories and scratch the special item.

How to find Clementine in a nightclub 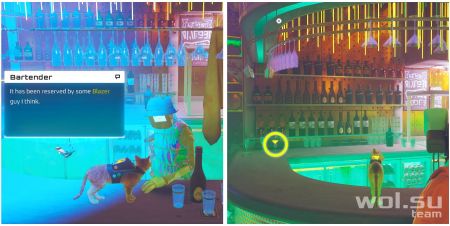 Clementine can be found in the VIP section of the nightclub along with Blazer in Stray. To get to the top floor, players need to use one of the dancers’ hologram projector as an elevator. First, talk to the bartender, who will confirm that Blazer rented the entire VIP section, which made some customers upset. Then take the Strange Drink, which is in the far corner of the bar. 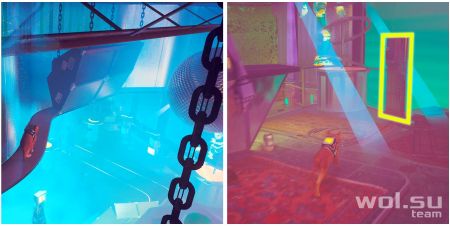 While exploring the DJ stage, players will find that the hologram projector near the blue DJ can be lowered using a lever, but this will lead to nothing. But the projector near DJ Matsi has no lever at all. 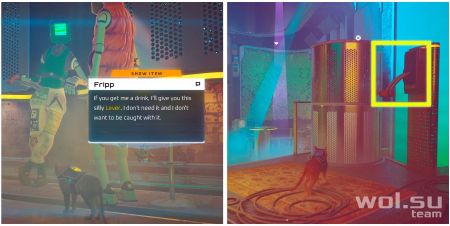 To the right of the DJ stage is a green robot holding a broken lever. Talk to him and you will find out that his name is Fripp, and the client is one of the few who was kicked out of the VIP. So he stole the lever as revenge. Luckily, Fripp agrees to give the cat the broken lever if the cat agrees to bring a drink for the cyborg. The players already have one drink, so give him the Strange Drink and return to the scene to put the lever back in place. 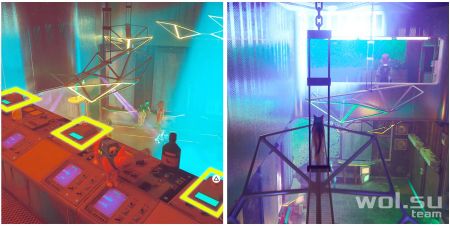 Pull the lever, then jump onto the closed hologram projector and wait for DJ Matcee to pull the lever again to open the projector again, thus moving the Cat up to the second floor. Once players get there, there will be three buttons, and each of them will drop a number of light bulbs that can be used as platforms to get to the VIP section. To solve the puzzle, click: 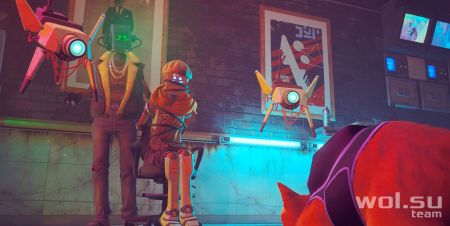 Go to the VIP section to see a shocking sight – Clementine tied to a chair. Blazer will then appear along with the Guardians, and the Outsider and the cat will be taken to the prison, marking the end of chapter 10.

How to enter a nightclub from the back door 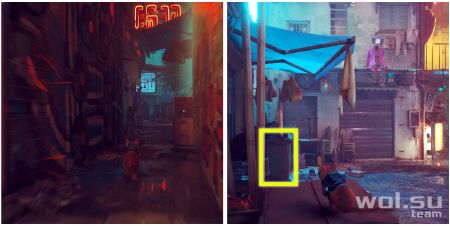 After deciphering the mysterious message of Clementine in the apartment, leave the residential complex and exit to the main square. Go left to the big round neon purple sign – this is the Nightclub. There is an alley to the right of the Bouncer, enter it and climb onto the green dumpster. 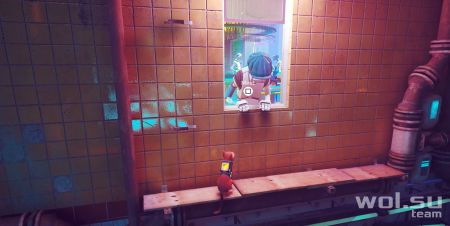 Go through the tents and climb up the pipes to reach an open window with a robot peeping out. Talk to him and the companion will gladly let you inside the nightclub so you can have some fun.