In Diablo Immortal, the fight with Officer Hagan will be one of the first memorable fights for many players. This is a boss that will most likely require the help of others to destroy. In addition, it is a quest reward that immediately gives a chest with tons of good loot, especially for players of that level who are most likely to encounter it.

Where to find and how to defeat the Hagan officer

Many others, however, will skip it entirely. As they frantically check the Diablo Immortal Codex, they will remind themselves that they have completed all the quests, how did they miss it? There is a simple explanation. Grab your gear, head to the nearest point, and get ready for a server-wide brawl. 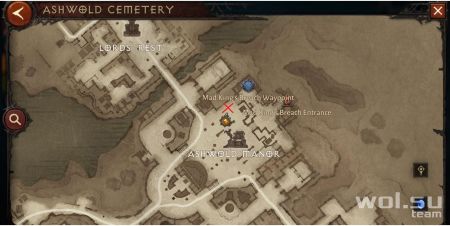 To wait for the Hagan Officer to arrive, head to the Mad King’s Gap waypoint in Ashwold Cemetery, located in the northern part of Ashwold Manor. This location does not require knowledge of auto-navigation, the spawn point is at the bottom of the steps after exiting the waypoint.

This event is valid for a limited time, and, unfortunately, there is a rather long respawn period between its occurrences. In this zone, there are many worms, hounds and guards that can be destroyed while waiting for the Hagan officer. This is a great way to earn Monstrous Essence. 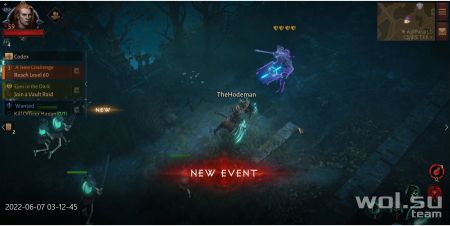 Officer Hagan is a shield bearer, the same unit as some of the other guards in the area. He attacks with a sword and steps back to attack with a shield. But pay special attention to the fact that when he raises his sword hand in the air, it means that he is casting.

His spells will change like any other epic boss. Sometimes he will throw stone walls and fireballs from the sky, other times he will summon electric balls and defend himself with a shield. Stay mobile and feel free to ask for help from everyone nearby; most likely, they will be happy to take on the boss for the sake of loot and entry in the Codex. Both the simplest class and the most complex one will cope with it, especially in a company.

This is a world boss, so feel free to join someone else’s battle – everyone will get the loot and merit!