V Rising gives players the opportunity to build a great castle, but in order to move it to a new location, it will have to be destroyed. V Rising is a massively multiplayer online role-playing game with a strong focus on survival and crafting. In it, players take on the role of vampires who awaken in a harsh new, sunlit world after years of sleep. Player bases, or castles, will be their first line of defense from the sun, as they are their most effective shelter from most dangers. However, as players progress through the game and explore the world of V Rising, players will definitely find places where they want to change base, if only to be closer to the desired crafting component.

How to destroy and move castles in V Rising 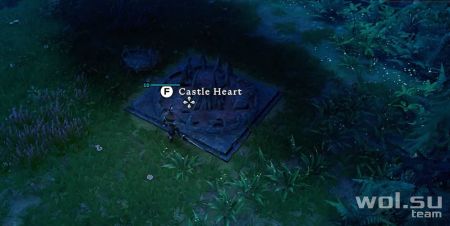 After completing the tutorial and starting to explore the world, players generally want to start building their base as soon as possible. However, this can be somewhat of a resource trap, as the best base locations are unlikely to be found early in the game. The base will still be very important for protection from sunlight and storage of materials, but players may want to think twice before investing all their resources at once. When choosing the best location for a base in V Rising, players should look for nearby resources or regions that will provide them with the components they need to complete their goals.

The most important part of the base is the heart of the castle. If neglected, the castle will begin to crumble and wither, leaving it vulnerable to attacks from other players. This can be prevented by feeding the heart of the castle with the essence of blood. Players obtain this essence by killing creatures and feeding on them. To feed the Castle Heart and make sure the base doesn’t collapse, players need to approach it and place the Blood Essence from their inventory into the Castle Heart slots in V Rising.

Unfortunately, it is not possible to transfer a built castle from one region to another. Therefore, if players want to build a base in a new location, they will have to destroy their old base in order to establish a new Castle Heart. Destroying a castle is a simple process that rewards players with a portion of the building’s original cost. To do this, players must first enter build mode by pressing B, then hover over the building and press spacebar.