Tower of Fantasy For many gamers, a huge part of the fun of video games is being able to live someone else’s life. Being able to fly on the back of a dragon or lay siege to an orc castle is great, but these actions become even more exciting when the player gets the opportunity to do it with a character that he has perfected.

Tower of Fantasy has an incredibly deep character customization system, allowing players to create original characters, use characters created by other members of the community, or even customize community creations to their liking. The wealth of possibilities that this system gives players is incredible, but it’s easy to get lost in it. Here’s everything a player needs to know about character customization in Tower of Fantasy. 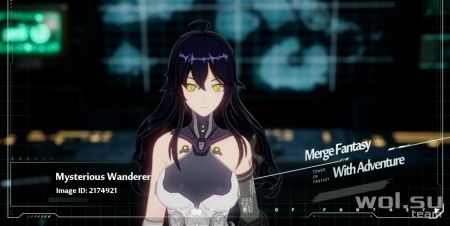 The basics of character customization in Tower of Fantasy function exactly the same as in most games. On the character creation screen, players are presented with a variety of item options and body attribute sliders that can be customized to achieve their desired look. Whether it’s changing the color of a character’s eyes or hair, glasses, a mask, anime-style eyebrows, or changing physical proportions, it can all be done easily from the character creation screen.

Character customization in Tower of Fantasy is really impressive, but it’s worth noting that not all of them are available to players from the very beginning. Many cosmetic items are initially locked and must be unlocked through exploration or purchased before they become available to new characters. This limitation is not a major hurdle as many great cosmetic options are unlocked by default.

How to import a pre-installed character 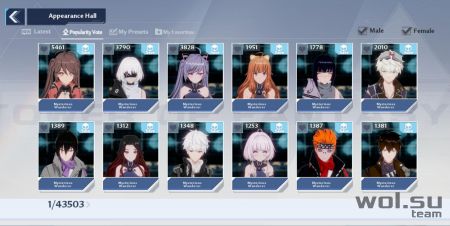 If a player doesn’t feel like coming up with an original character, or just wants a ready-made starting point, they can use a character created by another player. This character can be used “as is” or customized, allowing the player to modify an existing model to resemble their favorite anime character without having to create it from scratch.

To use a pre-made character, click on the “Lobby” button on the character customization screen, and then select “Popularity Vote” to start sorting pre-made characters. The community has already created several dead zones for popular anime characters such as Naruto, so if a player wants to play a certain character but doesn’t want to create it from scratch, this is the way to go. The character can also click the “Save” button in the upper right corner of the character’s portrait to save that Wanderer in the “Favorites” tab for future reference.

To copy another Wanderer, select the desired Wanderer and then select “Copy Character ID”. After copying a character, the player can customize it by selecting the Appearance tab on the left side of the character creation screen and changing the desired traits. Note that Tower of Fantasy does not allow the player to copy Wanderers of a different gender than their current character, although the player can purchase an item that will allow them to change their character’s gender.