One of the unique features that Diablo Immortal will be introducing in an upcoming update is the ability to change classes for the same character. This feature, unsurprisingly known as “Class Change”, will allow players to change their class to another one on an existing avatar.

Changing classes in Diablo Immortal can be beneficial for those who play the game for several hours but realize they would rather try a different class. For example, perhaps the user has been playing as a wizard for five or six hours, but is not satisfied with the mechanics of that class and therefore wants to become a necromancer. With “Class Change” the player can easily switch to a Necromancer on the same character without having to worry about losing valuable Paragon level progress.

Also, in Diablo Immortal, you can transfer all of your item and gem progress to another class. None of the equipment or stashes of the previous class will be lost, including progress towards Horadric Vessels and Gellicarium. It should be noted that all of the mentioned details regarding the class change are reversible, meaning players can return to their previous class whenever they wish. What’s more, they can freely choose between multiple classes, as there will be no restrictions on participation in this feature.

How to change class in Diablo Immortal 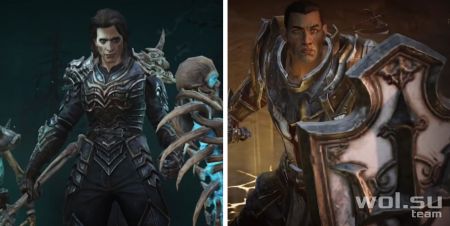 Accordingly, in order to change their class in Diablo Immortal, players will need to visit a specific location in Westmarch, the city that serves as the game’s central hub. Naturally, to get to this city, users first need to advance far enough in the main campaign, but it won’t take them long. As mentioned above, the class swapping feature has yet to be implemented, but Blizzard has stated that it will “come shortly after the launch of Diablo Immortal”.

Until then, players still have the option to change class using a completely new character on the same account. There are two ways to open the character selection screen to perform this action:

Here is another way to do the same process: