Fishing is a mini-game in Persona 4: Golden that not many players can miss on their first playthrough. Unlike Persona 5/Royal, there are several quests in the game that require fishing, but players will notice that they need to get a fishing rod first. Players will not be able to purchase it from Daidara Metalworks, and since it can take several in-game days to get the fishing rod, it’s important to start the side quest as soon as possible.

To pass Persona 4: Golden, it is not necessary to unlock fishing. However, players will need to obtain a Fishing Rod if they want to get the maximum Hermit Social Link, which unlocks on May 5th.

How to get a fishing rod 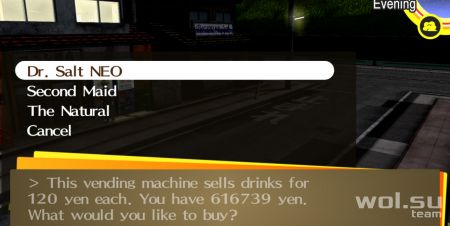 Players can start the fishing rod side quest as early as 4/18. All they have to do is head to the temple in the North Market District and talk to the boy standing near the stone lanterns. He’ll want something to drink from the vending machine, so head back to the North Shopping District and head to the Konishi Liquor Store. It is located at the very top of the street in the North Shopping District, and there is a vending machine next to it. One drink costs 120 yen, so the protagonist must have enough money for at least one.

Tip: drinks in the vending machines restore 5SP, so stock up on them for the first dungeon if possible.

After getting the right drink, return to the temple and talk to the boy again. In gratitude, he will give Tatsuhime ladybugs.

The second part of this quest will only be available if the players have the Gem item. It can be obtained by fighting the Shadows in Yukiko’s castle in Persona 4: Golden. Shadows with bronze dice on floors 4-7 may drop gems, but with luck, players will receive the required item without reaching the end of the dungeon.

Once the gem is in inventory, head to Shiroku’s Shop in the evening, now called Shiroku’s Pub (night only). Talk to Old Lady Shiroku and she will tell the protagonist to leave…if he doesn’t have the gem. She will take the gem, and then the players will be prompted to exchange items or talk. Select “Talk”.

If players have Tatsuhime’s ladybugs, they can feed Old Shiroku’s fish, Akihiko. This will give players the Fish Hook key item. Now, in the afternoon, head to the riverbank in the Samegawa floodplain. Talk to the old man by the river and he will give the protagonist a river fishing rod.

Getting the Fisherman’s Kit

Once Persona 4: Golden players unlock Shichiri Beach, they will be able to catch fish that can only be found in the ocean. Unfortunately, you cannot use a river fishing rod here. In order to upgrade the fishing rod, players need to complete Mission 60: “Acquire Guardian Samegawa”. Ask the old man about the Guardian and the type of bait to unlock Inaba’s precious bugs. They can be caught with a net in early August.

With the right bait, head to the riverbank on rainy days to fish for the Guardian. Save before approaching the “pier” so as not to waste the bait. Players will know they have caught the Keeper when they see a huge splash around the bait. After catching the Keeper, show it to the Old Man and he will give you the Angler’s Kit.

Tip: If players are in the late game, they can catch the Guardian any day in December or during a snowfall. 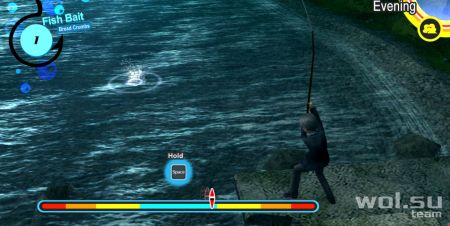 In order to fish, players will need bait. Larger fish require rarer baits such as Inaba Jewel Beetles and Genji Beetles, while smaller fish can be caught with more common baits such as breadcrumbs or Tatsuhime ladybugs. Go to the river bank or Shichiri beach and press Space/X to start fishing. It is highly recommended that you read Fishing for Beginners (Available 4/20) and Fishing for Experts (Available 6/28) to make the mini-game easier to complete. Fishing also requires diligence, and more diligence means that the protagonist will stay here longer. 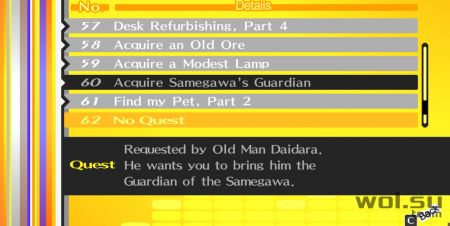 There are several quests that require fishing, but the most important one is quest 15: Shichiri Beach Guardian. This is the last part of Fox’s Social Link. As stated earlier, players need to catch the Samegawa/River Guardian before they can start fishing on the beach. To catch the Beach Guardian, you need Genji Beetle Lure. They can be caught at the Temple at night or ordered from Tanaka’s Amazing Goods 8/22.

Head to Shichiri Beach when it rains. As with the River Guardian, players will know they have caught the Sea Guardian when a large splash forms around the bait. Although not part of the quest, it is highly recommended that you read Expert Fishing before attempting to catch a Sea Guardian. Without the Quick Reel, it will be almost impossible to complete the quest.

Speak to the Old Man one last time after capturing the Sea Guardian and then head to the Fox to make the most of the Social Link. This will allow the Protagonist to fuse Ongyo-Key in the Velvet Room.