Players in Valheim find themselves in a world where little to nothing helps them on their journey. As the game progresses, players will collect hundreds of stones, cut down dozens of trees, and accumulate a huge amount of various items. Players will learn from the very beginning that storage is an essential part of their base and the game as a whole.

The best way to use storage containers in Valheim is to organize them in one organized storage. But there are a few different strategies when it comes to categorizing items, and there are a couple of chests to choose from. For those players who want to create a storage room in Valheim, this guide will help.

How to create a warehouse

Crafting requires a wide variety of materials, and this is especially true when players take on serious building tasks, such as building a base in the world of Valheim. There are various methods that players can use when creating a vault, but in general they all come down to fitting as many chests as possible in a limited area. 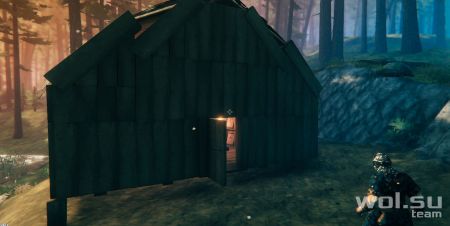 One of the simplest designs starts by laying out a 5×5 wood floor. Luckily, one wood floor can hold up to two wood chests. Also, the height of a wooden chest is equal to the height of half a wooden wall, which means that there can be up to 4 chests in one block (one wooden floor per one wooden wall) if players use half a wall to place another floor above the lower chests. 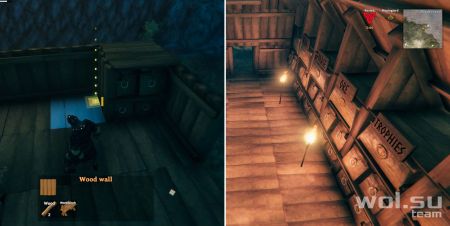 By making just this height, players will have enough room for 20 chests on each side, with each section able to hold 4 chests and, accordingly, 40 stacks of items. There should be enough space to separate each section with wooden walls, and players can add a sign on top to distinguish what items can be found here. 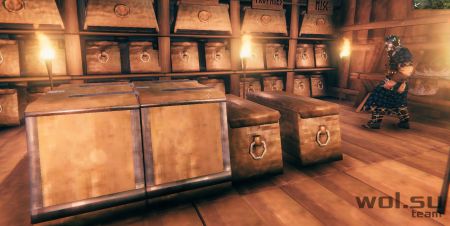 For those interested in a different look, Valheim has a larger chest that players can use instead. This reinforced chest holds up to 24 items, but costs 10 thin wood and 2 iron instead of the cheap price of a regular chest (10 wood). They can be placed in the same way, but in the end they take up more space. Ultimately, the increase in size and cost makes reinforced chests a more difficult and expensive option.

How to organize a pantry

Valheim has a long list of resources that players will need to accumulate to make it easier and faster to craft the items they unlock. While new items are constantly being added to Valheim as it updates, there are a few categories that players will find particularly useful to use in their pantries.

First of all, wood in Valheim is crucial for building structures at any stage of the game. This section should be the player’s main storage area for all types of wood in the game. This includes fine wood, heartwood, regular wood, and even ancient Valheim bark.

Stone is the second most important item that players collect, and it plays an important role in raising the earth and building structures. The discovery of stone buildings comes later in Valheim, but gives players the ability to create significantly stronger and more resilient buildings and walls.

As players progress through the game, they encounter increasingly difficult ores. From tin and copper to iron and silver, these ores play a huge role in getting better weapons and armor. Apart from the Valheim bosses, ore is the best way to evaluate the player’s progress in the game.

Luckily, Valheim allows players to increase their health and stamina by eating a variety of foods. Unfortunately, their character is often hungry, and food is critical to survival in the fight against the fierce opponents of the world. This section of the vault should contain the best food in Valheim, which players can collect in large quantities.