Building a castle is basically half of what V Rising does. Any guide detailing each part of the process would naturally be as long as a full novel. The good news is that the basics are much easier to understand. Having mastered them, players will be able to figure out everything else.

However, not everything is explained simply. The first steps are the most difficult, while the advanced stages are nothing more than an extension of the knowledge gained at the beginning of the game. With a few tips, players will quickly build complex castles in V Rising. 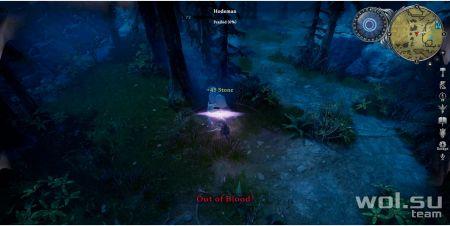 These two initial elements are also among the most common. Simply by killing enemies, vampires will obtain Blood Essence, the first of two required ingredients. Over time, players will have to find stronger enemies in order to get more Blood Essence, but for now, the base Blood Essence is enough.

As for the rest, attacking stones, plants and trees will allow you to get the necessary resources. As with Greater Blood Essence, there are special versions of these resources, but they will only be needed later. With these four resources in hand, it’s time to start building. 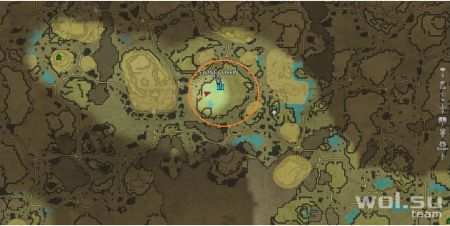 The number of castles is limited per server, but even the most liberal servers allow five castles. Due to this limitation, it is important to find a good place even for an initial training castle. On a PvP server, it’s wise to find a spot away from the road, but PvE players will likely want to build right next to a settlement or resource pile.

The place should also be somewhat flat. There is a way to build a castle using stairs, but this requires planks. They need to be crafted, unlike iron, which can be found. Try to get a nice, flat plain or mesa populated only by wildlife and basic monsters. 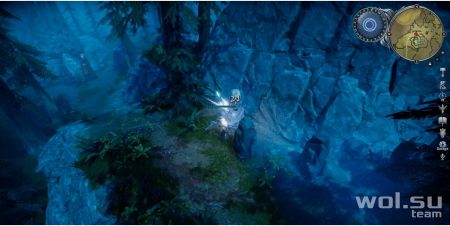 Plants, rocks, ruins, trees and enemies will prevent the player from building on the territory. Before starting work, clear a significant part of the territory. This vegetation can be removed later, so it doesn’t have to be perfect, it’s enough to get started.

The stumps do not prevent construction on this site, so don’t worry about them. However, water cannot be built on, and there is no way to make more land, so the cliff corner will remain there forever. Cut everything down to the dirt.

Plant the heart of the castle in the center 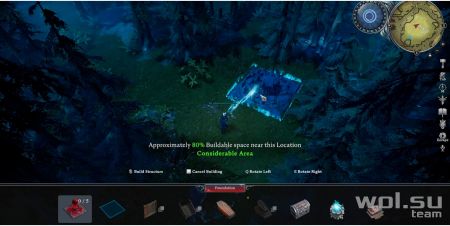 Near the center of this cleared area, press “B” on your keyboard. On the Basics tab, select the Heart of the Castle and then find a place to place it. It is safest to build in the center to give the vampire the ability to expand in all directions as the castle grows.

There is a recommendation here that is sometimes misleading. The message will indicate how many areas suitable for construction are around. Sometimes this number will be low, such as 50%, but it takes into account obstacles that have not yet been demolished, so do not give up a good place because this number is low. 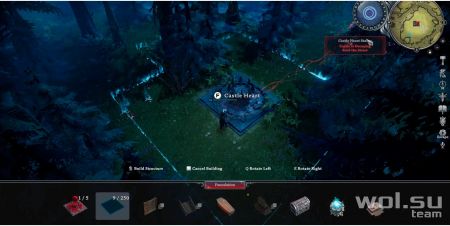 The next step is right next to the Castle Heart on the construction screen. Boundaries must be set before players can build anything at all, and all buildings must be placed on the boundary. At some point, these boundaries must be as wide as possible to accommodate everything a vampire can do.

However, for now, they should be small. Anything crafted should also be protected from opposing players, so don’t do anything too fancy just yet. Enough to make a base for operations. 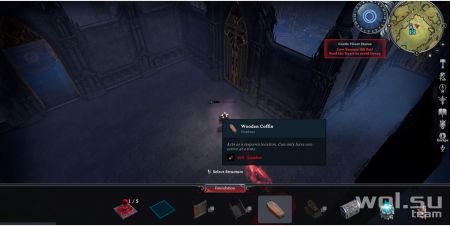 If we talk about confrontation with other players, then enemy vampires will be present on PvP servers. Some of them are hardcore gamers bent on killing others and taking their stuff. Death is not always avoidable, even in PvE: a pool of blood that runs out or an alpha wolf found by chance can spell the end.

Luckily, with the exception of loot drops, death doesn’t have to be a major nuisance. In the Basics menu, you can make a coffin, and after death, the player can choose to resurrect here, and not at the beginning of the path. Over time, players will be able to make coffins that will be built indoors, but the initial coffin must be built outdoors, so keep that in mind when placing. 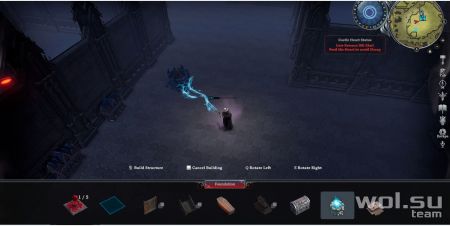 The Mist Brazier does the opposite of what barbecues do. Instead of generating light, they block it. At this point in the process, sunlight is likely to be a problem, weakening the vampire as the day progresses. This will help solve this problem, at least for the duration of the work on the castle.

The foggy brazier requires bones as a source of energy. They should have been obtained naturally along with blood essence, so put a few in there. Take them out when you leave the castle to save resources, and then put them back when you return. 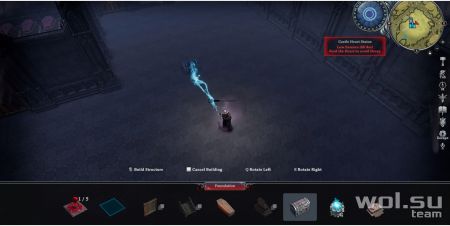 There are larger options than the Small Stash, but since players only need four resources to start the game, one or two Small Stash chests (also in the Basics menu) should hold everything they need to start building the castle. The Vampire’s inventory should be almost full, upload the extra resources here.

Keep in mind that opposing players can steal from the chest, so valuable items should be stored on the vampire (or in the vampire’s castle, which requires planks to craft). Never leave resources, even easily accessible items have future value.

Build palisade walls (and one entrance) 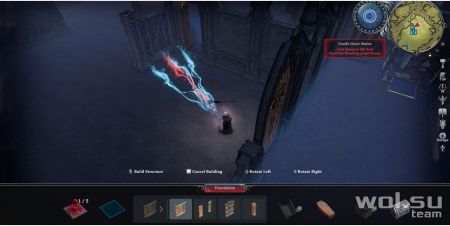 The reason for keeping everything small becomes clear when it comes time to build the walls of the Palisade, which take up most of the harvested lumber and plant fibers. But it is a critical step in defense against enemies. Even wandering beasts will start to ravage the castle if there is no wall in their way.

You can expand them later. If you hold a space over an object, it will be removed and part of the cost of creating it will be refunded, so don’t build too many too soon. Make one entrance to the Palisade and place a Palisade Gate on it, otherwise even the player will not be able to get into or out of their castle. 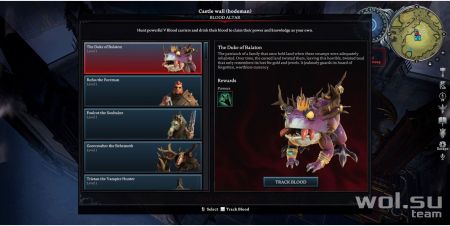 The last important item in the Basics tab is the Altar of Blood. Altar of Blood, when activated, displays a sporadic line of blood that directs the player to the indicated boss. Defeating these bosses is an important part of the game and unlocks many upgrades, from abilities to castle buildings.

Pour some Blood Essence into the Heart of the Castle to make all buildings inside the castle work. Then it all depends on how to improve this foundation. Walls can be made of stone, floors can be tiled, and better materials can be purchased at various workbenches.