After a rather slow introductory chapter, Ghostwire: Tokyo ramps up the heat in the second act. After finishing exploring the CC’s hideout, the players will go outside to find that an impenetrable barrier has been placed around the entire residential complex, with the CC informing them that they will be crushed to death if they don’t find a way to get out.

Where to find with break the barriers around the KK hideout in Ghostwire: Tokyo

In order to break the barrier, Ghostwire: Tokyo players will need to remove three special barrier stones that are hidden around the building while maintaining a strict seven-minute time limit. While the first of these stones is easy enough to find, the increasingly serious involvement of the underworld can make finding the other two a real headache. This guide should make your life a little easier.

How to find the first barrier 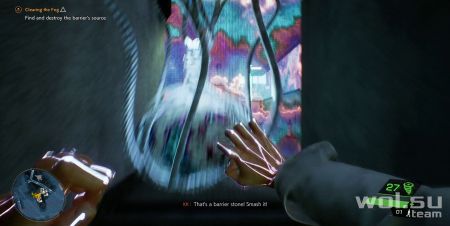 Once outside and finding the barrier, players should head to the right and climb the stairs to the next floor. However, they soon find that the first barrier stone is blocking their path, and in order to get past, it must be destroyed with a melee attack. Once they do, a seven-minute timer will begin, so players will have to act quickly from there.

Tip: Although there is some loot in the following zones, it’s not worth the trouble to go all out for it. If players still want to explore, they should do so after the barrier is broken, when there is no longer a time limit in the game. In addition, after the destruction of the barrier, it will become much easier to navigate the building.

How to find the second barrier 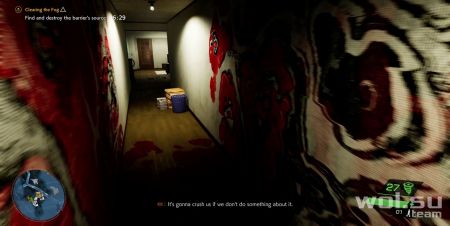 Before going up to the next floor, players must reach the end of the passage they are currently on and enter the second apartment on the left. Once inside, they will again need to go through the door on the left, which will cause quite serious interference from the underworld. While this can be a bit disorienting at first, players should keep moving forward until they reach the living room/dining room. 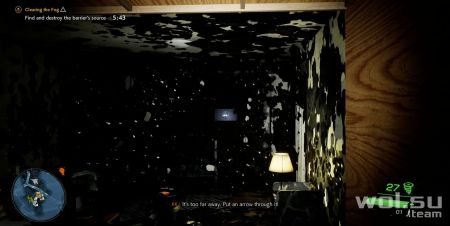 As soon as players enter the room, everything will flip around, making it even more difficult to navigate. Players must keep moving forward and down the corridor on the opposite side of the room until they end up in the bedroom. Here you need to open the cabinet in the far left corner and look inside. In the distance, they will see the second barrier stone and will be able to destroy it with the help of the bow, which they picked up a little earlier.

Note: Players can equip the bow by pressing the D-Pad, after which they can use the left and right triggers to aim and shoot respectively.

How to find the third barrier 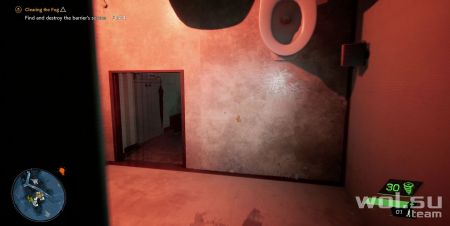 After destroying the second barrier stone, the apartment will return to normal, at which point the players should return to the street. They will then need to climb two more floors and re-enter the second apartment on the left. As in the previous case, the clutter from the underworld here can make navigating a little tricky. In any case, you need to go into the room with the toilet at the far end of the corridor, and then duck down (press

to switch) to get through the narrow passage in it. 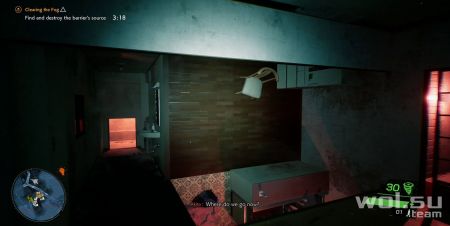 Following this path will lead you to a tatami room with a gaping hole in the floor that leads to the kitchen. Players must fall into this hole and then use the crouch again to get through another narrow passage. Opening the doors at the end of this passage will take you to the living room, where players will have to jump (press the button

) between various pieces of furniture to get into the third narrow passage at the top. 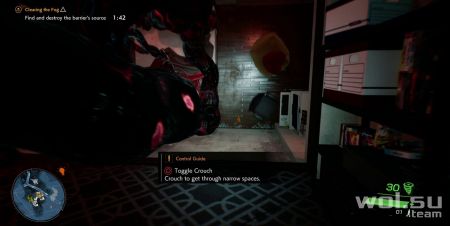 After walking through this passage and crossing the wooden deck, players will soon find themselves in another residential area, in which they will find another one of those strange trees mentioned earlier. Although it takes up most of the room, players will be able to crouch past it and must follow the path to the right to reach several more kitchen and sleeping areas. 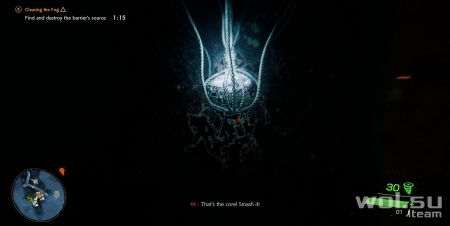 Players will find the final barrier stone in the final bedroom, which they enter by opening the closet at the back of the room. After that, they will be able to break the stone with a melee attack, which will destroy the barrier, stop the timer and return the apartment complex to normal. Further, if you are done with the looting, players can either go down the stairs back, or go up to the roof and jump from it to one of the neighboring buildings.