After defeating Okina and confronting Hanna atop Tokyo Tower, Ghostwire: Tokyo players will once again find themselves face to face with Yaseotoko. However, this time around, the boss has a few extra tricks up his sleeves, making it more difficult to defeat him. However, as is often the case, where there is a will, there is a way.

In addition to the KK body, Yaseotoko also has access to the same Aether abilities: the menu again has wind, water, and flame attacks. Now he has an impenetrable shield, as well as the ability to perform charged attacks, which will force players to diversify their attacks this time. Here’s how players can defeat Yaseotoko in Ghostwire: Tokyo. 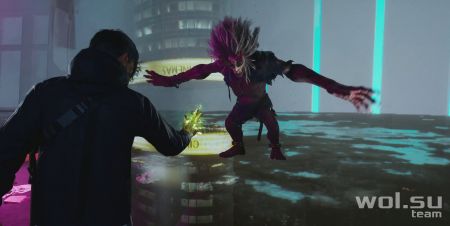 Just like during the fight with him in chapter 2, Yaseoko will start attacking Akito with the ethereal arts. Players will be able to tell which one he’s about to use by the color of his hands: green for wind, blue for water, and red for flame. All of his attacks can be dodged by simply moving out of the way, although this can be difficult if players are too close to the boss when he attacks.

If the player does not have time to get out of the way, he should crouch (press

) to avoid Yaseotoko’s water attacks, as well as block Flame and Wind with

. Since the latter usually follows the players, it is better to block it even when there is an opportunity to dodge, as it is better to mitigate most of the damage with a block than to dodge and get a double attack and deal full damage. 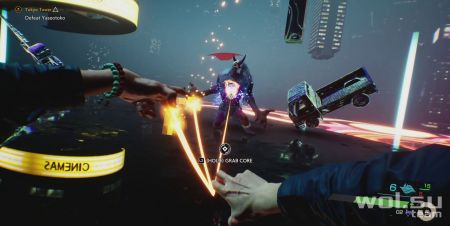 While blocking and dodging Yaseotoko’s attacks, players should also focus on hitting him in the chest with everything they have. Eventually, its core will be exposed, and they will have a chance to pull it out. However, unfortunately, they won’t succeed the first time, which will cause Yaseotoko to become even stronger and mix up his attacks in the second phase of the fight.

Note: Players can recharge their Aether Arts by destroying a number of Crystallized Aethers scattered throughout the battle area. They will also receive a significant amount of Ether at the end of the first phase. 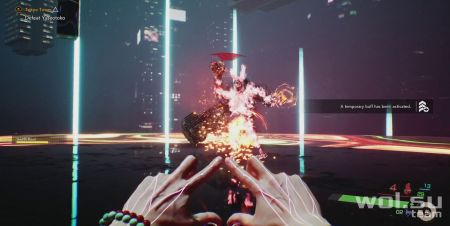 In the second phase, Yaseotoko will use the charged forms of his attacks, which are capable of dealing much more damage. His wind and flame attacks are actually quite easy to dodge by simply keeping some distance between Akito and the boss and stepping back just before his attack. As for Water attacks, players should focus on blocking them as they can be tricky to dodge. A strong attack can also be a good form of defense, as hitting Yaseoko with a flame attack can cancel his charge attacks. 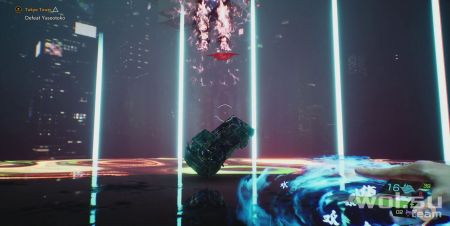 In addition to his ethereal arts, Yaseotoko also uses a shockwave attack that starts with him jumping into the air and firing a pink laser at the ground. Players can either avoid this by jumping right before the shockwave strikes, or block it to greatly reduce damage. It is also capable of splitting Akito and Kei Kei (players must hold

to link them together if that happens) and can summon a pink force field that completely blocks damage (players will need to destroy it by hitting it until it breaks). 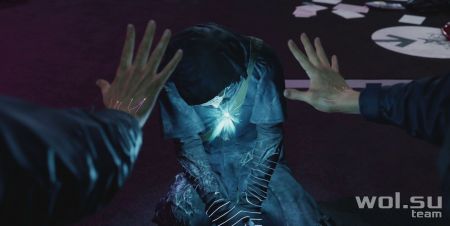 As before, players should focus on hitting Yaseotoko’s chest until his core is exposed a second time. In this case, Akito won’t have any trouble pulling him out, after which he and Kei Kei together will destroy Yaseotoko’s physical form once and for all. They will then jump into the mouth of a giant spirit monster that will transport them to the chasm between the realms of the living and the dead and Ghostwire: Tokyo in the sixth and final chapter.