While Aloy has her fair share of ferocious mechanical beasts she has to fight in Horizon: Forbidden West, brutish people like Regalla can also prove to be a problem in combat. Players will encounter Regalla during the Wings of Ten main quest, which takes place after Aloy gains the ability to land and fly on Solar Wings. Before Regalla can destroy Hercarro and the other Tenact leaders, Aloy confronts the traitor and challenges her to a duel in Horizon: Forbidden West. Although after all the metal monsters that Aloy has faced, a duel with a human may seem like a trifle, Regalla is undoubtedly a formidable opponent. 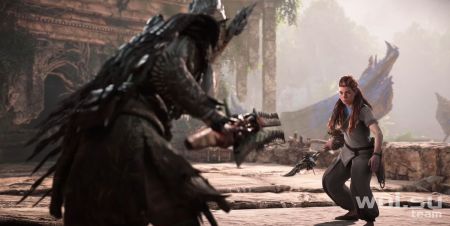 The boss fight starts in a small arena. Regalla has several swing and jump attacks that can quickly close the distance between her and Ala. Players need to keep a close eye on her movements to know when to dodge. Once players manage to reduce some of Regalla’s health, the second phase of the battle will begin.

In the second part of the boss fight, Aloy and Regalla will fight from a distance using ranged attacks. Regalla will have a higher area with two barriers to cover, while the player will have a wider area with more places to hide. However, there are explosive barrels near some of the walls, so players should always be ready to move when fighting the boss of the Forbidden West. Regalla will fire various projectiles at Aloy, and players must avoid taking damage while firing back. The Concentration skill is going to be extremely useful, as slowing down time will give players a chance to hit Regalla while she’s out in the open.

The third and final phase of the battle begins after Aloy descends into the central Colosseum below. This part combines the first and second parts of the fight when Regalla uses melee and ranged attacks against Aloy. One tactic players can use in this arena is to lure Regalla towards one of the explosive barrels and blow it up with a fire arrow when Regalla gets close.

While in Horizon: Forbidden West the player can choose whether to attack Regalla with Aloy’s spear or her bow and arrows, one of the fastest ways to destroy Regalla is to shoot her in the head. Using Aimed Shots with Focus, remove Regalla’s helmet to deal a critical hit with any arrow. A few projectiles won’t do much damage, but once players expose Regalla’s head, their damage will increase significantly.