There are more ways to land a critical hit in Elden Ring than in any other FromSoftware game to date. Thanks to the stealth system, parrying isn’t the only way to stagger an opponent.

Parries, jump attacks, and even sleep arrows have been added to the game as alternate ways to land a critical hit. However, in the long run, the easiest way to get a critical hit in Elden Ring is a good old backstab. The backstab is performed much the same way as in the Dark Souls series, but there are a few notable changes that make it easier for the victims to escape.

How to perform a backstab 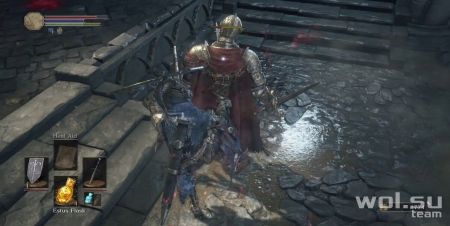 To perform a backstab in Elden Ring, you need to somehow get behind the target, preferably without them knowing about it. You can backstab at any time while behind an enemy, even in the middle of a fight if you position yourself correctly. However, it is best to use Elden Ring’s stealth system for stealth, as it is a very effective way to start a fight without being seen.

Once behind the target, press the light attack button corresponding to the hand holding the weapon, usually the right mouse button (or

). Aiming doesn’t have to be precise, but it’s important not to hold down the button when trying to backstab, or a light attack will land instead. Quickly press the button on the shoulder or

, and if the positioning is correct, you will see an animation of your character’s critical strike on the target. The target will be put to rest for a second, allowing you to safely land a quick follow-up strike.