With the release of Diablo Immortal, you’ll reopen the gates to Sanctuary, but it won’t cover some of the game’s most useful features, including the automatic loot pickup option. However, players looking to explore the world of Sanctuary in the mobile version of Diablo Immortal may find it difficult to collect all the loot that drops from fresh kills and treasure chests. Learning and tweaking a few settings can help properly immerse players in the world of Diablo Immortal.

Longtime Diablo fans will find that looting from defeated enemies and looted treasure chests is still an important part of the game. To build on their characters’ strengths, Diablo Immortal players loot, upgrade and salvage equipment to boost their characters’ stats to keep up with a wide range of increasingly powerful enemies. With a very useful setting, players can be sure that they won’t miss any of the dropped loot.

How to enable auto-pickup in Diablo Immortal 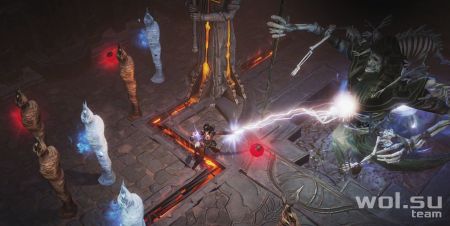 The auto-pickup feature in Diablo Immortal allows players to automatically pick up items and equipment dropped by enemies or found in treasure chests. This feature is not enabled by default, and without it, players must manually pick up everything but gold. This can be tricky, especially on phones with small screens.

The PC and mobile versions of Diablo Immortal are similar, with an almost identical user interface, so PC players can enable automatch in a similar way. Autopick in Diablo Immortal is configurable; players can turn it on for all loot, or set the feature so that characters will automatically pick up higher quality items while keeping normal items to avoid inventory clutter. However, it is recommended to enable this feature for all loot; Unnecessary loot can be handed over to the forge for scrap metal – a valuable material for improving the equipment and equipment of the player.