One of the key game mechanics of Sifu is aging. You start at the age of 20 and must complete all five levels of the game before reaching the age of 75. While this may seem simple, it’s actually much more complicated than you think and requires some attention.

Do like Johnny Lawrence and skip all that stupid training – I’ve died enough times in Sifu to know exactly how it works and let you know what’s in store for you when you start your journey. Get ready to have your life fly by because that’s how aging works in Sifu.

How aging works in Sifu 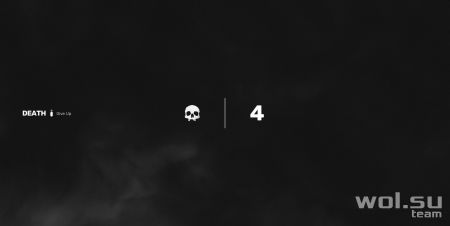 When you first start doing Sifu, you will start at 20, which is the base age. At this age, you have the most resistance to damage, but inflict the least amount of it, which will change with age, turning you into a glass cannon. It may seem intimidating, but it only becomes noticeable as you reach older ages. Every time you die, you lose a year of life, age when you respawn, and look noticeably older.

The maximum age is 75 years. This means you have 55 in-game years to complete the entire game. Easy, right? You are wrong. This doesn’t mean you have 55 chances to die, Sifu is a bit more brutal. Instead, each time you die, the death counter increases by one. So, if you die for the first time at the age of 20, you will come to life at the age of 21 and see the number one next to the skull. The next time you die, the number next to the skull will rise to two, which means that two lives have been added to your age and you are 23 years old.

This will go on longer the more you die, which means that if you get stuck in a boss fight then this number will rise rapidly. While this may seem a bit unfair, as if the number should just go up one at a time, there are some ways to combat this and make things a little fairer for yourself.

Every time you die, you also get the chance to spend some experience points on new moves, so that has another benefit. Also, you can only buy moves from statues or in cover, so dying in combat can be a positive. Take our advice and try to spend XP on constant movement as often as possible.

If you can’t complete a level because your age is too high and you just can’t make it to the end without being decrepit and old, the best advice is to replay an earlier level to try and lower your age. Your age is saved at the end of a level, so the next time you start the game again, you will be the same age as you were at the end of the previous level. This means that by replaying the levels and resetting a few years, you will give yourself a better chance next time.