When you earn your first skill points in Horizon: Forbidden West, you might be a bit overwhelmed looking at the skill tree. Lots of sections, branching skills – and what are those big circles in the center?

Here’s a full overview of the skill tree in the game, as well as some tips on where to spend your skill points. There are different playstyles, but skill can give you a head start in some areas of the game. 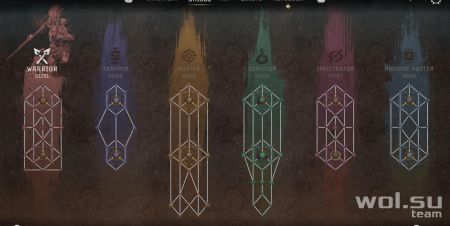 The skill tree consists of six separate branches, each dedicated to a specific play style. They all consist of power-ups, passive abilities, combat abilities and some additional features that will help you in the game. There are also Valor Buffs, which we’ll talk about in a bit.

Each branch also has Weapon Techniques, which are abilities that apply to different types of weapons in the game. Once unlocked, you can choose which weapon technique will be active on the weapon wheel (by hovering over the weapon). These abilities consume stamina, which can be increased with additional skill points.

The warrior tree is dedicated to combat – especially close combat with a spear. Here you can unlock many combos and spear attack resonator upgrades that will make you much stronger against human opponents and even small machines. These combos can be learned and practiced in melee pits.

The warrior tree also includes weapon techniques for warrior bows. This includes shooting five arrows at the same time or firing three arrows in a row – decent abilities if this is your weapon.

The catcher tree is focused on traps. Here you can improve the effectiveness of traps, the speed of their creation and their number on the battlefield. There are also several upgrades for eating and disarming traps.

The hunter’s tree pays great attention to bows. You will be able to increase the level of concentration (slow down time when aiming), the efficiency of ammo manufacturing and the amount of stamina of the weapon.

Weapon Techniques in this tree are for hunting bows and bolt blasters. They allow you to dock and fire several arrows at once from a bow, or quickly release a whole clip of bolts while stationary with a bolt blaster.

The survivor tree gives you health, protection, and potions. This may include the effectiveness of potions and healing berries, or the rate at which they are consumed. Likewise, you can improve the amount of materials obtained by harvesting plants.

Weapon techs in the Survivor tree are for the Blastsling and Shredder Gauntlet weapons. You can unlock abilities that allow you to throw bombs back with your blastsling, with each bounce making it more powerful; there is also the ability to release three blades at once from Shredder’s gloves.

The spy tree is designed for all kinds of stealth. Here you can unlock abilities related to how much stealth damage you do and how effective you are at sneaking past enemies undetected.

The weapon techniques in this tree are for the bow, abilities allow you to shoot multiple arrows at the same time or charge a more powerful shot for critical damage.

Finally, the Machine Master tree is dedicated to the effectiveness of machine priorities, the amount of health and damage, and the cost of repairing them. There’s also an option here that allows you to choose to defend or attack while driving, which can be incredibly useful.

The weapon techniques here are suitable for the spike thrower. This includes abilities that cause a spike to deploy a trap on impact, split into multiple spikes in the air, or become explosive when hitting an enemy.

Where should you invest skill points at the very beginning? 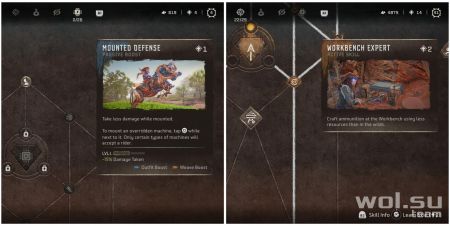 When you first open a skill tree, it can be difficult to decide where to spend your skill points. However, first of all, don’t worry too much about it. Skill points are plentiful and you will earn them as you level up and as rewards for completing quests. So while it’s helpful to put them in the right place at the start, it doesn’t hinder your experience in the slightest.

However, where to put them depends on your play style. It’s worth playing around with weapons before heading out for a certain weapon technique, but you won’t be able to unlock all types of weapons right away and you’ll have to look for them from different merchants.

At the very beginning of the game, it is best to use passive skills – health regeneration, stealth damage or trap effectiveness. The branches of the skill tree are named accordingly, as described above, so choose what suits you best.

As we said before, you will soon have more skill points than you know what to do with them, so feel free to invest them where it suits you. Even if you want to unlock some early weapon techniques, you’ll have enough skill points if you decide you prefer the Shredder’s gauntlet to the Warrior’s bow.

What is the Surge of Valor ability? 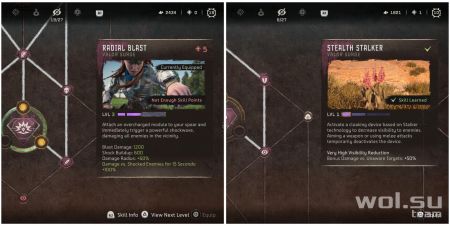 A purple bar will appear in the bottom corner of the screen, below the weapon’s stamina bar. This is your valor, which will be accumulated during the tactical game. There are also abilities that allow you to increase the rate of accumulation of valor.

The Surge of Valor ability is linked to the skill tree they are in and grants a variety of skills. They can be equipped through the Skill Tree menu, so while you can change them at any time, you will only have one skill equipped at a time.

Tide of Valor can be activated by simultaneous pressing

. Some of them will allow you to become invisible, others will increase your damage for a while – there is even one that emits a large explosion in the surrounding radius.

Once you unlock the Surge of Valor ability, you can spend extra skill points to upgrade it. It’s worth reading what each Surge of Valor skill does at the very beginning, and maybe you’ll pick the one you want to unlock as soon as possible. While you can unlock them all in one playthrough, they are incredibly useful, so why not get what you want sooner?

All in all, spend some time researching the skill tree and you’ll see where you need to invest your skill points. However, this is not so important, a lot of Points can be earned quickly, so don’t be upset if you don’t know what to do with them. Still, it’s better to spend them now than to save up, as a few additional bonuses are better than nothing.