The ending in Horizon: Forbidden West is a real bombshell, as you would expect from a story like Aloy’s last game. Here we take a look at the most important plot points and how they will no doubt tie into the inevitable sequel. But before we continue, we warn you about spoilers.

Spoilers! Don’t read on if you haven’t completed Horizon: Forbidden West yet or don’t want to spoil your mood. 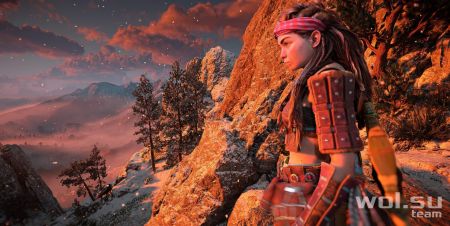 Okay, are you still here? Go.

Aloy’s journey in Horizon: Forbidden West was to reunite Gaia with her sub-functions, including Hephaestus, Aether, Poseidon, and Demeter. Of course, once she does, Gaia – and the new character/other clone of Elisabeth Sobeck – will be abducted by the Zeniths. The final mission of the game is to bring them both back and destroy Zenith forever.

Of course they will help you. First, you have friends and allies like Zo, Alva, Cotallo, and Erend, as well as your enemy Silens with his Zenith shield-breaking weapon, and the help of one of the Zeniths themselves, Tilda. In the final mission called “The Singularity” you will find a full-scale assault on the Zenith base, located south of the Horizon: Forbidden West map, and the mother of all cliffhangers.

Let’s go through each of the major revelations in Horizon: Forbidden West’s ending and how they will no doubt affect the next Horizon game. 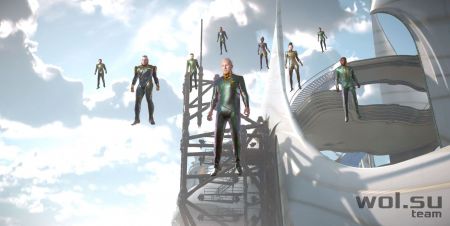 First, we have Zeniths. A futuristic space folk who turned out to be the same people who left Earth 1000 years ago and threatened to destroy all life on Earth throughout the game. For the entire duration of the game, we only saw Tilda and two more Zeniths, but in this final mission, the whole pack comes to destroy the Aloy team.

Luckily, the Sylens weapon works, and the cutscene shows how it first disables all of their shields, which alerts Beta’s previously summoned robo-dino allies to attack the Zeniths and destroy them for good. Unfortunately, Eric and Gerard escape, so Aloy hunts Eric while Tilda pursues Gerard.

In a few minutes, you will head to the elevator where the fight with Eric will begin, and when you finally bring him to critically low health, it will be Zo who will deliver the final blow – with a spear to the heart. Finally, justice for Varla has triumphed.

Elsewhere, Tilda fights Gerard and we see his end when he breaks in through a side door and then gets shot in the back by Tilda at the top of the tower, where Aloy finds and saves Beta. That’s all, there is no one at Zenith except Tilda herself. 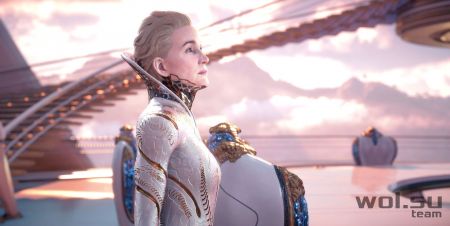 As for Tilda, she may be the Zenith who saves Aloy from the same fate as Varl – RIP – but she’s always felt like she’s hiding some of her true goals, and this is where it all comes out. It turns out that Tilda wasn’t just friends with Elisabeth Sobek – Aloy’s genetic material – but instead, the couple were lovers. But that didn’t stop Tilda from leaving Elizabeth when the Zeniths fled Earth, and apparently she’s regretted it ever since.

After learning that Aloy exists and is essentially her ideal version of Elizabeth, she plans to take Gaia for herself and take Aloy with her to establish a new ideal planet in a place safe from real threat – more on that in a bit.

Of course, Aloy’s discoveries about friendship and family during the course of the game mean that she will never leave the Earth and all who live on it to perish, so she and Tilda engage in a hectic final battle. However, Tilda has also armed herself with an insane mech body made from the Spectre – futuristic robots that aid the Zeniths – so for our old pal Aloy, this is going to be a pretty tough final fight. 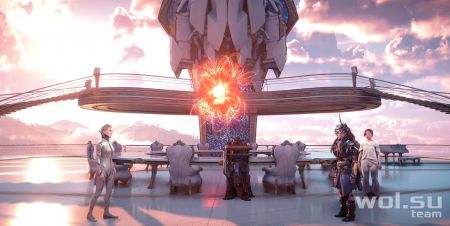 It is here, at the top of the tower, that Beta and Aloy learn of the Zeniths’ final plan and intentions for Earth. Aloy believed from the beginning of the game that their intentions were to…

But it turns out that there is a more serious threat – Nemesis. This pulsing red enemy is a database that has come to life, a failed experiment left behind by the Zeniths when they were trying to find a way to upload their mind into any form in order to achieve more than just physical immortality. Nemesis is made up of failed copies of the Zeniths’ consciousness, filled with all of their hopes, dreams, fears, and knowledge, which she then used against them. The Zenith colony on Sirius was destroyed not by a natural disaster, but by Nemesis, who became sentient and wanted to avenge being locked in her own prison. 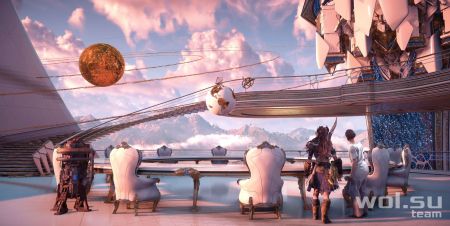 The Zeniths never planned to stay on Earth, instead they wanted to take a copy of Gaia and escape Nemesis to found a new world where their creation could never find them. But Nemesis was one step ahead of them, trying to destroy Earth before the Zeniths could get there. It was Nemesis who sent the disappearance signal that woke up Hades in the first game.

Unfortunately, even though you’ve eliminated all the Zeniths, Nemesis is still on the way and, according to Tilda, is unstoppable. 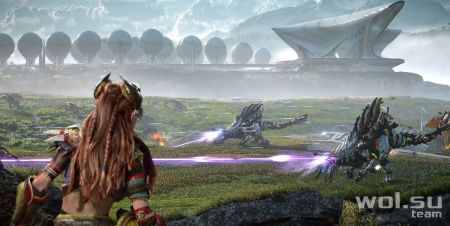 What is not mentioned at all in the final moments of the main plot of the game are the sub-functions of Gaia. When Beta reunites Gaia at the base, her sub-functions remain intact as originally planned. In the story, you yourself collect Hephaestus, Ether, Poseidon, Demeter and Minerva, but the rest are lost. But not forever. Although Hades was destroyed by Silens, it turned out that the Zeniths had copies of Apollo, Eleutina and Artemis, who were successfully reunited with Beta.

Interestingly, however, Hephaestus does not make it to the base with the others. During the final mission, Beta inserts Hephaestus into the Zenith Base’s printer matrix so that he literally starts releasing an army of machines to fight the Specters. But this means that he escaped from imprisonment … again … and disappeared into the network. Aloy claims that he can be trapped again, but this is not considered in the game, although Sylens suggests that his robot-making functions can be replicated elsewhere with the knowledge found in the Apollo database, so perhaps we this is no longer needed.

Your allies are still with you – including Beta and Sylens 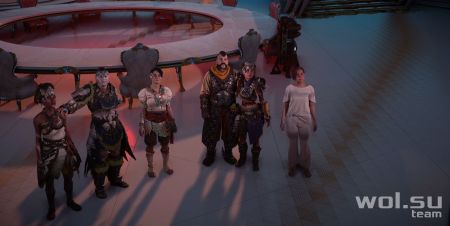 At the very moment when you start to feel like a real small tribe at the base, the ending somewhat tears the team apart. When Aloy informs them of Nemesis’ imminent arrival, four of your companions – Zo, Alva, Erend and Kotallo – go out into the world to spread the word and begin preparations for an attack.

Meanwhile, Beta stays at the base with Ala and an unexpected new ally, Sylens. This regular buddy of the team initially plans to board a Zenith rocket and go into space alone, but ultimately decides to stay and help fight Nemesis. Thus, he now lives at the base along with Beta and Ela.

So these are the main events of the Horizon: Forbidden West ending, and since Nemesis is literally racing towards Earth, we know exactly what the next game will be about.